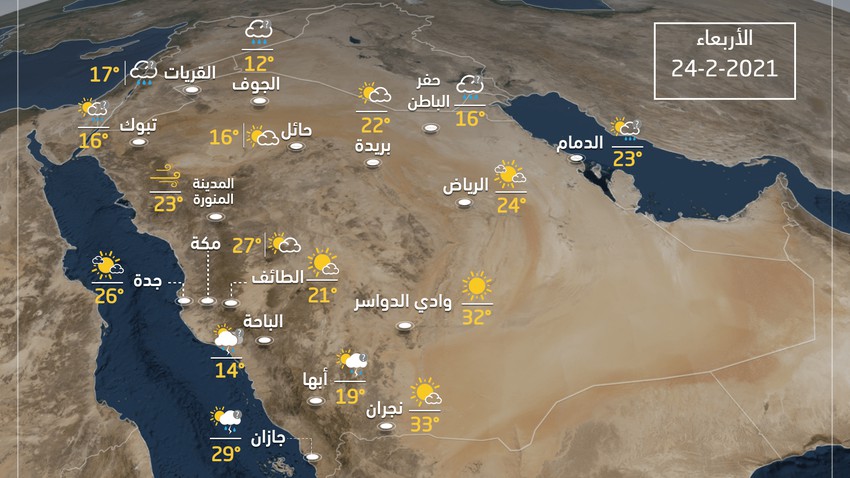 Arab Weather - The weather on Wednesday will be as follows :

A noticeable decrease in temperatures, so that a cold climate prevails in the north of the Kingdom and relatively cold to cold in different parts, while the weather is warm on the coasts of the Red Sea, Tihama, Jizan, Asir, Al-Baha, and the Hejaz regions.

The weather is generally cold to cold, while it is very cold in the north of the Kingdom to the north of Al-Qassim.

The chance of rain showers continues in parts of the northeast, east, central and southwestern regions of the Kingdom.

The winds will be light to moderate in speed in different parts.

Updated 5:00 pm | Thunderstorms approaching the city of Riyadh, the chances of rain and the coming hours and the time for breakfast

How fasting affects the immune system