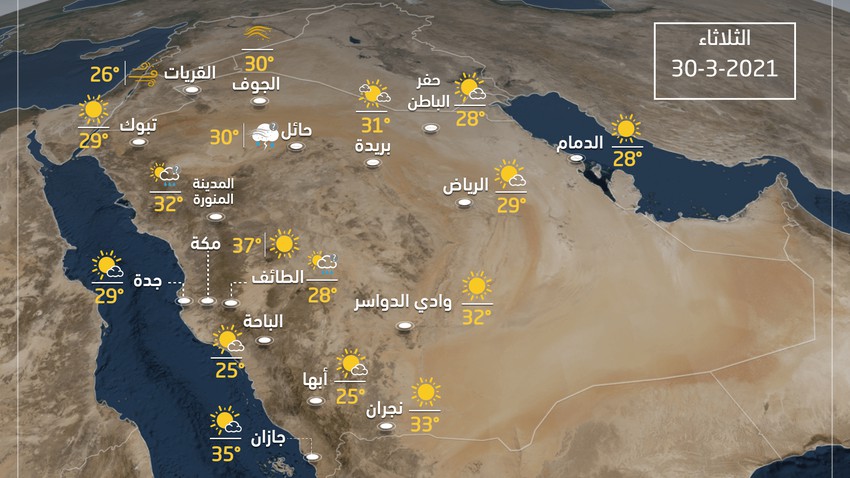 Arab Weather - There is an increase in temperatures and the weather is warm to relatively hot in different parts of the Kingdom.

During the morning hours the possibility of rain showers on parts of the northern borders.

With the afternoon and evening hours, an opportunity for thunderstorms of rain on parts of the southwest and west of the Kingdom, in addition to parts of Al-Qassim and Hail.

The winds will be southerly, with brisk speed in different parts of the Kingdom, which will raise dust and dirt in some of these areas.

- A warning about the low horizontal visibility due to dust in different parts, especially in the north of the Kingdom.

Weather forecast in the Kingdom at night:

The weather is relatively cold in different parts of the Kingdom, especially with the late night hours.

The opportunity continues for thunderstorms and sporadic rain showers in parts of Al-Qassim and Hail.

The winds will be south moderate in speed in different parts, active in parts of the northern borders, causing dust and dirt.