Weather changes and their effect on the ear 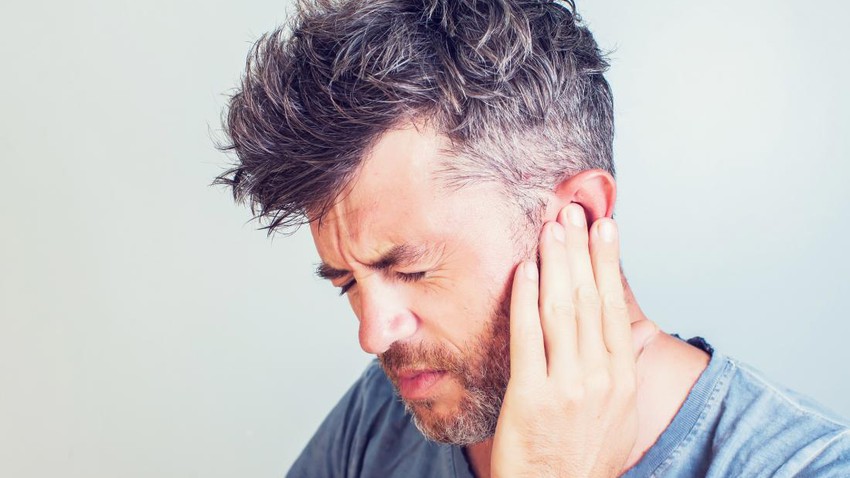 Arab Weather - Weather changes affect the health and psychological state of human beings, as the change in temperature, especially those associated with the winter season, may have a significant impact on the health of the body, including the health of the ear, which is one of the organs most vulnerable to the harmful effects of cold, especially on people who They use hearing aids.

What is the effect of cold weather (winter) on ear health?

Contrary to known, cold weather does not cause ear infections, as these infections are caused by infection with a germ in the upper respiratory tract, which is transmitted through what is known as the Eustachian tube or Eustachian tube to the middle ear, causing infections in those areas, and most often caused by bacterial infection Or viral.

The upper respiratory tract infection, especially throat infections, causes the narrowing or closure of the Eustachian tube that connects between the throat and the middle ear and helps rid the middle ear of germs and bacteria and keep it free of these germs, but the occurrence of narrowing in this channel makes it more difficult to remove fluids and germs from the middle ear This increases ear pressure and increases the risk of ear infections if a large number of germs collect in the ear.

Although the cold weather does not directly cause ear infections, it can lead to an increase in the severity of the symptoms associated with ear infections, in addition to the exposure of the ear to low temperatures reduces blood circulation, which weakens its ability to fight infections And infectious diseases.

Surfer's ear is one of the most common conditions that causes hearing loss in cold climates, a condition that results in what is known as Exostosis, which is an abnormal bone growth in the ear canal that results from constant exposure to air and cold water. As the bone surrounding the ear canal increases its thickness in an attempt by the body to provide protection against air and cold water.

This bone growth may impede the ear’s reception of sounds, and its ability to produce and dispose of gum, which leads to the accumulation of gum, and as water enters and gets trapped in the ear by bone growth, the risk of infection and ear infections increases frequently, and this also causes bony growth in the ear canal Pain, tinnitus, and may lead to hearing loss as well.

This condition often appears in people who practice surfing, as the name came from here, as a result of their constant exposure to cold water, but it can affect anyone whose ears are constantly exposed to very cold, humid weather without protection, and although this condition can be treated , However, she needs a surgery to remove the bony appendages from the ear canal, which can be avoided by covering and protecting the ears appropriately in wet and cold weather.

The effect of cold weather on tinnitus

Cold weather negatively affects people who suffer from tinnitus, and although the reason behind this is not completely known, it is believed that the narrowing of blood vessels in the ear may play a role in that, as cold weather leads to the body changing the course of the cycle Blood circulation to maintain the heat of the internal organs and the general temperature of the body, which greatly reduces the access of blood circulation to the extremities, ears, and nose, which leads to a lack of oxygen in these parts of the body.

The lack of oxygen in the ear tissues leads to the occurrence of tinnitus and its severity, so it is recommended for people who suffer from tinnitus to avoid exposing the ears to cold weather as much as possible, and to maintain their temperature by wearing appropriate clothes.

The effect of cold weather on ear icing

Continuous exposure of the ears to low temperatures may lead to the occurrence of what is known as frostbite, which is a condition that results from the freezing of the skin and tissues, resulting in paleness and change in the color of the skin of the affected area to a dark purple or gray color, and the appearance of ulceration at the site of the injury, with loss of feeling Or, a feeling of severe burning in that area, and this condition may lead to severe damage to the affected tissues, and in the worst cases it may require amputation of the affected part.

The effect of cold weather on hardening of earwax

The risk of hardening of wax in cold climates increases for people who use hearing aids, as the presence of a foreign body in the ear leads to an increase in the production of wax in it.

It is recommended that those experiencing hardening of earwax follow the following tips and guidelines:

The effect of changing atmospheric pressure on the ear

Seasonal allergy problems that abound in the spring also increase the severity of this condition, as the allergy may cause narrowing, swelling or swelling of the Eustachian tube, making it more difficult to balance the inner ear pressure with the external air pressure.

Also, people who suffer from Meniere's disease, a disorder that affects the inner ear, may suffer greatly from the effect of the atmosphere on the ear during the spring season, as these patients suffer from an increase in the production of ear fluid and a swelling of the fluid chambers in the ear, which leads to an increase in pressure On the ear, feeling uncomfortable, and developing some annoying symptoms such as tinnitus and dizziness.

The effect of weather on hearing aids

Low temperatures generally affect all electronic devices that operate with batteries, as some of these devices may stop working in cases of extreme low temperatures, so it is recommended for people who use hearing aids to always keep a spare battery with their possession during the winter season, and the most months Cold, in addition to the humidity associated with the spring season, negatively affecting the hearing aids.

People who use hearing aids are also recommended to take the necessary measures to protect and protect these devices during periods of low temperature or high humidity, by wiping the battery with a warm, dry cloth at least once a day, and keeping the hearing aid devices in places with little humidity, Or in dehumidifiers if possible.

What is the story of Sheikh Jarrah neighborhood in Jerusalem?