Weather of Arabia: Observation of a tropical depression in the Arabian Sea, and this is its effect on the Arabian Peninsula 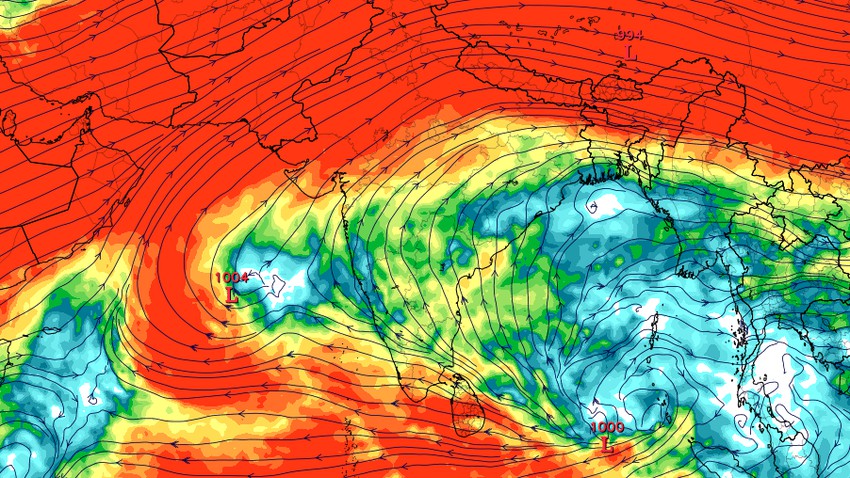 Arab Weather - The weather forecast cadre in Arab weather is still monitoring the tropical situation formed several days ago in the southeast of the Arabian Sea, and the extent of its impact on the region, and here are the details:

In details, satellite images and official reports indicate a tropical depression in the east of the Arabian Sea at longitude (65.9 east) and latitude (14.2 north) and wind speed around its center is estimated between 17-22 knots, and it is expected that the tropical condition will maintain its classification as low Tropical with its movement to the south and southwest over the next few days.

Despite the high temperature of the Arabian Sea surface, it is teeming with shear winds, and therefore the weather conditions after God’s will do not allow the tropical situation to develop into a hurricane or a tropical storm, so that the shear winds weaken the vertical growth of cumulus clouds and their cohesion with each other.

As for its effects on the Arabian Peninsula, it is limited to the height of the waves of the Arabian Sea on the coasts of the Sultanate of Oman and Yemen, so that it is moderate to turbulent, and the wave height is estimated at 3:2 meters.