Weather of Arabia: Snow rain is expected on Jabal Shams during the period of the impact of the Renaissance grooves 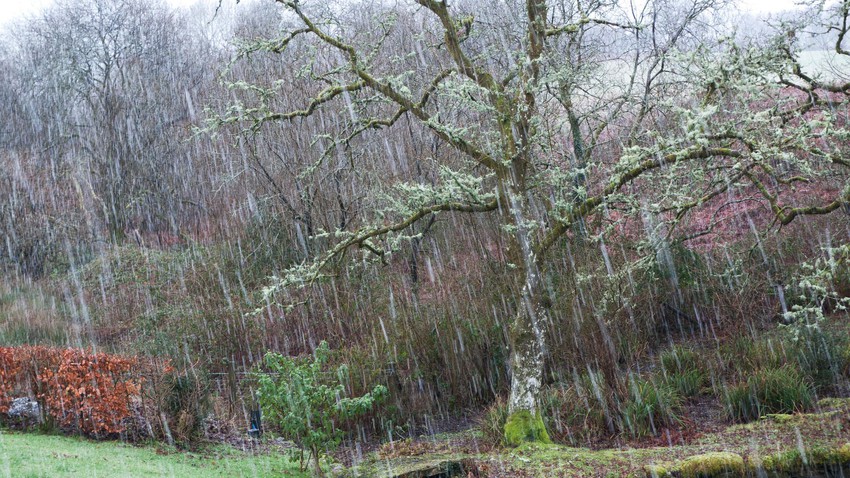 Arab weather - The weather forecast staff in Arab weather indicates the increasing impact of the air groove on the atmosphere of the Sultanate on Tuesday, so that winter weather prevails with distinction in several regions of the north of the Sultanate, and the effects of this groove are largely clear at night, as the weather is relatively cold in most regions In the northern regions, it is extremely cold in the mountain peaks, such as Qom Jabal Shams and Jabal Al-Kour.

In the details, as the Sultanate is increasingly affected by the air groove, showers of rain and hail are expected in the north of the Sultanate, and it is possible that some of the rain showers are mixed with snow over the peaks of Jebel Shams, during the height of the impact and deepening of the winter groove, i.e. with the hours of Tuesday night/Wednesday until the morning hours of Wednesday. 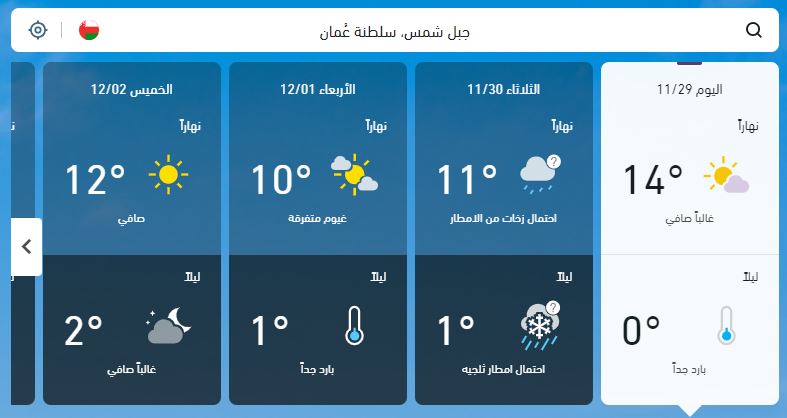 It is worth noting that rain often begins in the form of snow inside the clouds, and as soon as it reaches a warm layer of the air, these snows melt and turn into rain.

For a better read.. Download the Arabia Weather app, from here