Weather of Arabia: The rain falling on Alexandria during the last case exceeds five times its monthly average 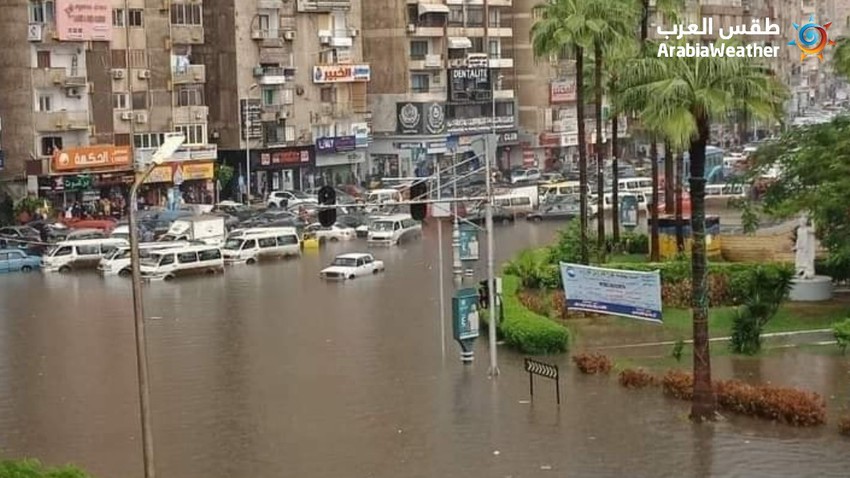 Weather of Arabia - The northern regions of Egypt were affected by a strong state of atmospheric instability, accompanied by heavy rainfall and active winds, and the governorates and central coastal cities were the most affected by the situation, which raised the water level and formed floods in a number of those areas, including Alexandria.

If you are browsing from your phone, you can download the Arab Weather application, which provides accurate weather forecasts for thousands of regions in Egypt, from here.

The amount of rain falling in Alexandria exceeds five times its monthly average!!

In the details, the city of Alexandria witnessed, from the hours of Friday evening until Monday, thunderstorms accompanied by very heavy rain, which caused a significant rise in the water level in roads and residential neighborhoods, which caused a state of great confusion, and the amount of rain that fell on Alexandria during the past days combined was estimated. About 136 mm and this rain is enough to form torrents and floods in these areas. 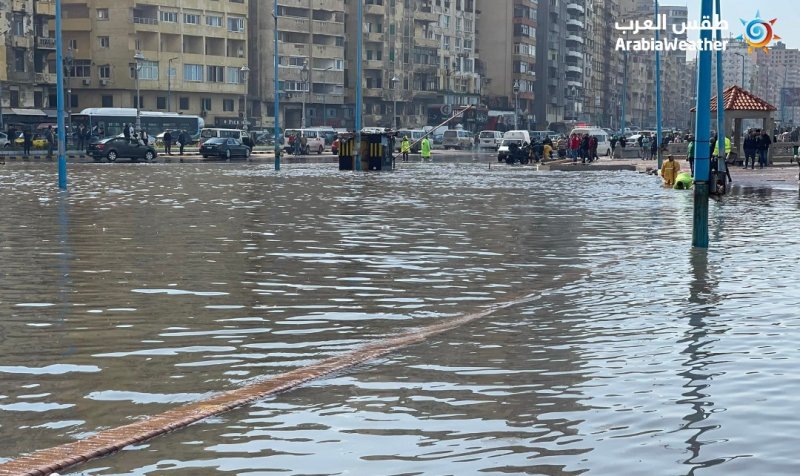 Sunday is the peak of the impact of the rainy situation on Alexandria, as it rained about 101 all day on Sunday with almost no interruption of rain, and the amount of rain that fell during the four days combined is nearly five times the normal rate on the city of Alexandria during the average of the past 30 years.