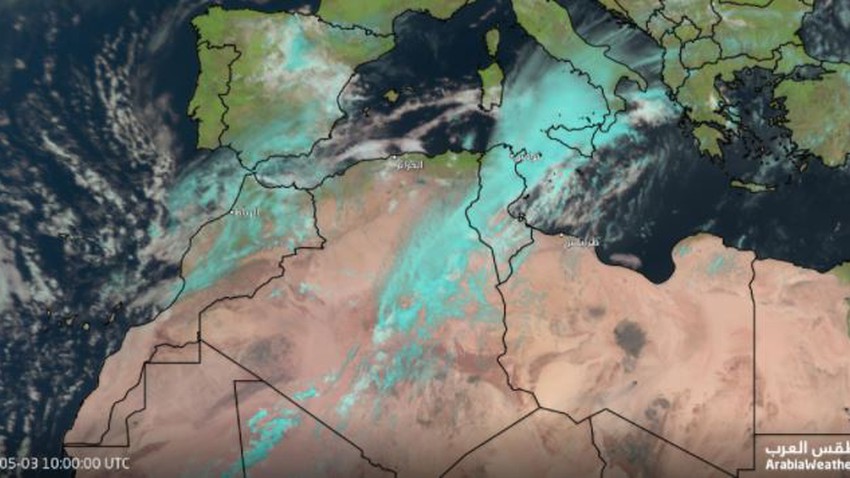 Updated Monday at 11:30 am | Algeria and Tunisia

Arab Weather - The latest satellite and rain radar images until the preparation of this report show that cumulus clouds continue to intensify and spread in the northern parts of Tunisia and Algeria, including the capital Tunis, working on thunderstorms of rain of moderate intensity in general.

During the evening and night hours, the chances of rain are expected to gradually decrease in Tunisia, while the rains will continue in different parts of the northern and western regions of Algeria, and it is expected that Bashar, Tlemcen, Oran, Setif, Annaba and the capital Algeria will be under the influence of strong cumulus clouds, bearing With thunderstorms, these precipitation may be abundant in some neighborhoods and geographical areas and are associated with hail, which may cause the formation of so-called flash floods.

This condition is also associated with thick cumulonimbus thunderstorms, which means that there is a chance for strong downward winds that lead to temporary sandstorms.