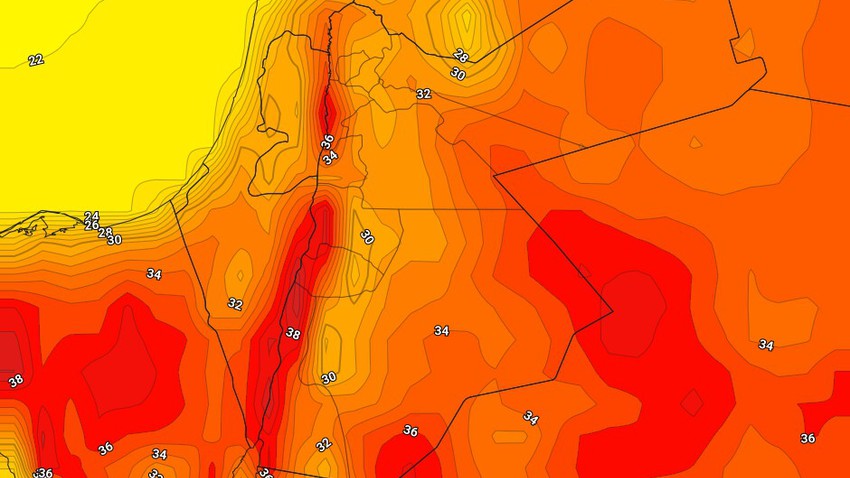 Arab Weather - It is expected that there will be a slight decrease in temperatures on Wednesday, while remaining higher than their general rates for this time of the year, and the weather will be relatively hot in the mountainous heights, and hot in the valleys, the Dead Sea, Aqaba and desert areas with the appearance of some clouds at high and medium altitudes .

Active winds causing dust and dust in some areas

Especially in the east of the kingdom

The winds will be northwesterly moderate in speed, activating at times and causing dust and dust after noon hours in some areas, especially desert and open areas in the east of the Kingdom, with a decrease in the horizontal visibility in desert areas and roads.

The temperatures are witnessing a significant decrease compared to the previous nights, and the weather turns to be pleasant in most Jordanian cities, with the appearance of some high and medium clouds, and the winds will be westerly to northwest, with light to moderate speed.

Important recommendations, which are recommended to be taken seriously

Given the prevalence of this atmosphere, there are a set of important recommendations that must be taken seriously in dealing with such an atmosphere, which can be summarized in the following points: