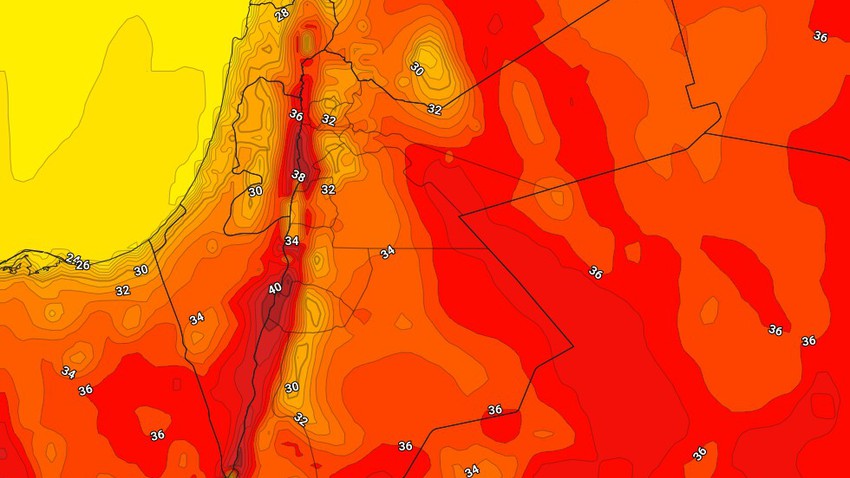 Arab Weather - There is a further rise in temperatures on Wednesday, while continuing to be higher than their rates for such a time of the year, and the weather is relatively hot in all regions of the Kingdom, and hot in the Jordan Valley, the Dead Sea and Aqaba, and the winds will be westerly to northwest with moderate speed, active in hours After noon, and it works to stir dust in the desert regions of the Kingdom.

A rise in nighttime temperatures occurs on the night of Wednesday / Thursday, and the weather returns to be pleasant over all regions of the Kingdom, and the winds will be northwesterly, light to moderate, active sometimes in some areas, especially the eastern ones.

Weather and expected temperatures in Jordan on Tuesday 7-12-2021

The percentage of positive tests reached (10.72%), and today (5811) new cases of the Corona epidemic were recorded..Details of the daily statistics inside