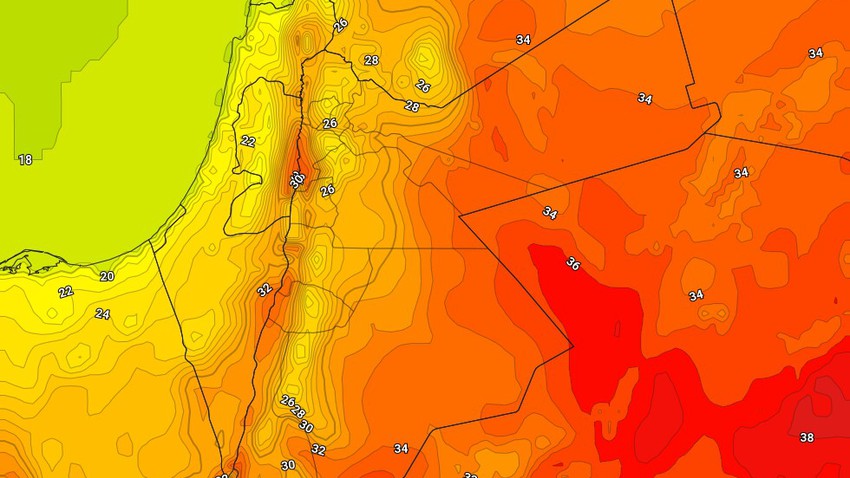 Arab Weather - There is a further drop in temperatures on Wednesday, while they remain higher than their rates for this time of the year, and the weather is warm over the various regions, and relatively hot in the Jordan Valley, the Dead Sea and the Badia regions, with the emergence of clouds at different altitudes, especially in the southern regions, There is a possibility of thunderstorms of rain in narrow and random geographical ranges from the south and east of the Kingdom.

The winds will be northwesterly moderate, and sometimes active over different regions of the Kingdom, including the city of Aqaba, and they work to raise dust in the desert areas.

There is a further decrease in the night temperatures, and the weather will be pleasant in the early hours of the night, but it will tend to cool at a later time at night, especially over the mountain heights, and clouds continue to appear at different heights, and the opportunity remains weakly prepared for thunder showers of rain in ranges A narrow and random geography from the south and east of the Kingdom, especially in the Badia regions.

The winds will be northwesterly, light to moderate in speed, and are active at times in parts of the south and east of the Kingdom, including the city of Aqaba.