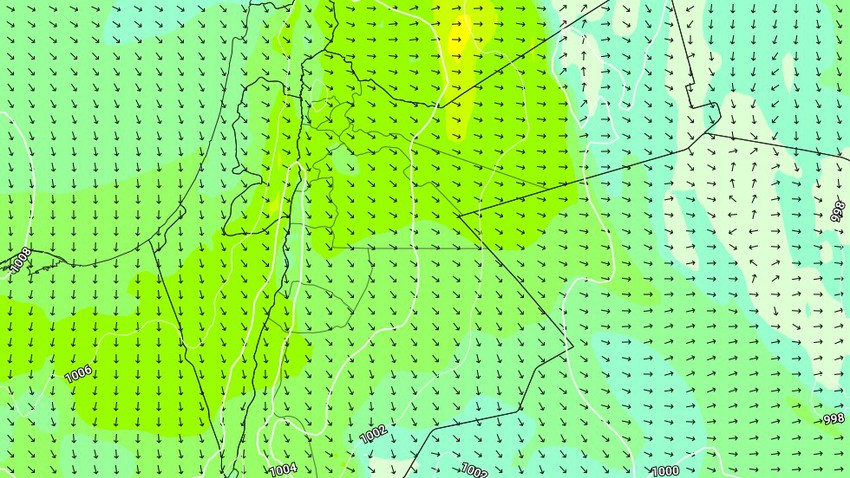 Arab Weather - The weather continues during Wednesday, with a moderate summer temperature, over the high mountainous heights of the Kingdom and regular summers for such a time of year in the rest of the regions except for the Jordan Valley, Dead Sea, Aqaba and eastern parts of the Kingdom where the weather is relatively hot / hot with the appearance of medium clouds in the east.

The activity of the northwest winds is accompanied by strong flashing dusts to the east.

During the afternoon and afternoon hours, the northwest winds are accompanied by strong gifts in some regions, especially in the eastern part of the kingdom, which can cause dust and dust, and may form local dust waves in the eastern Badia of the Kingdom.

During the night hours the weather is generally nice and warm in the Jordan Valley and Dead Sea, with high levels of humidity during the late hours of the night and during the hours of Fajr, God willing.

Jordan | Another rise in temperatures with relatively hot weather on Sunday