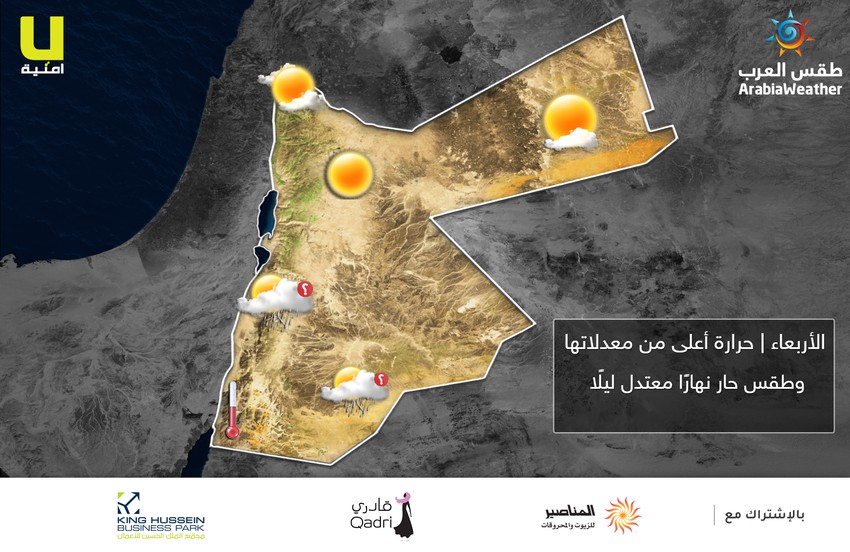 Wednesday | The temperature is above all ... and the weather is hot during the day and moderate at night

Weather of Arabia - The Kingdom continues to be affected by the hot air mass flowing from the desert of the Arabian Peninsula, and this coincides with the presence of moist air currents in the medium and high air layers, which leads to the emergence of unstable weather conditions .

The temperatures are higher than their average for this time of year by about 6-9 degrees Celsius, as the weather continues to be relatively hot in the high mountain elevations, and generally hot in the rest of the regions .

And quantities of medium and high clouds appear with the afternoon and evening hours, and local showers of rain may occur in the south and east of the Kingdom, which may be accompanied by thunder sometimes .

With the hours of the night , the weather at night remains generally fair in most regions, with the appearance of some medium and high clouds .

Jordan records 800 local infections, the highest death toll from Corona virus since the start of the pandemic