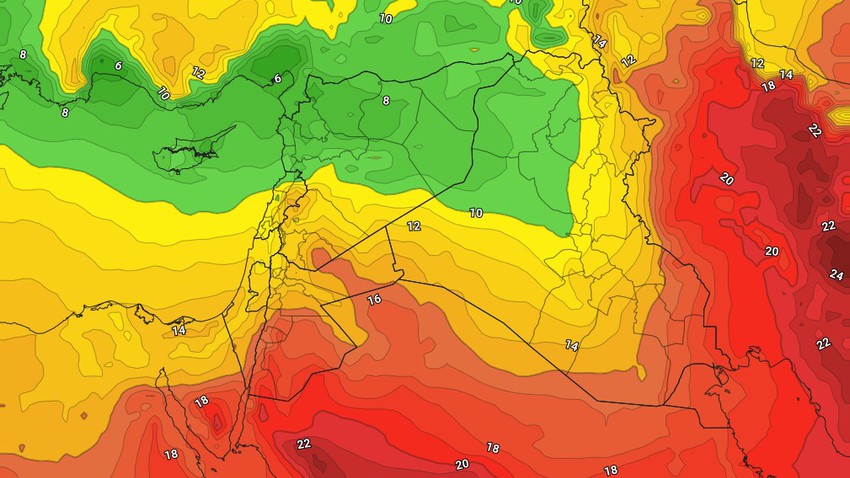 Arab Weather - There is a further rise in temperatures on Wednesday, and the weather is warm throughout the Kingdom's regions, and relatively hot in the Jordan Valley, the Dead Sea and Aqaba, and it is often sunny with some medium clouds dispersing, and the winds are southeasterly, light to moderate, and at times active in the city Aqaba, and turns into a variable direction in the afternoon hours while remaining light to moderate in speed and accompanied by active gifts on the city of Aqaba.

There is a rise in nighttime temperatures compared to the previous nights, and the weather is pleasant in the early hours of the night, gradually turning into relatively cold in the late evening hours, with the appearance of clouds at different heights, and the winds are fluctuating in direction and light to moderate speed.