Weekend weather.. Expected changes to the air systems in the Arabian Peninsula. What is the impact of this on the countries of the Arab Gulf? 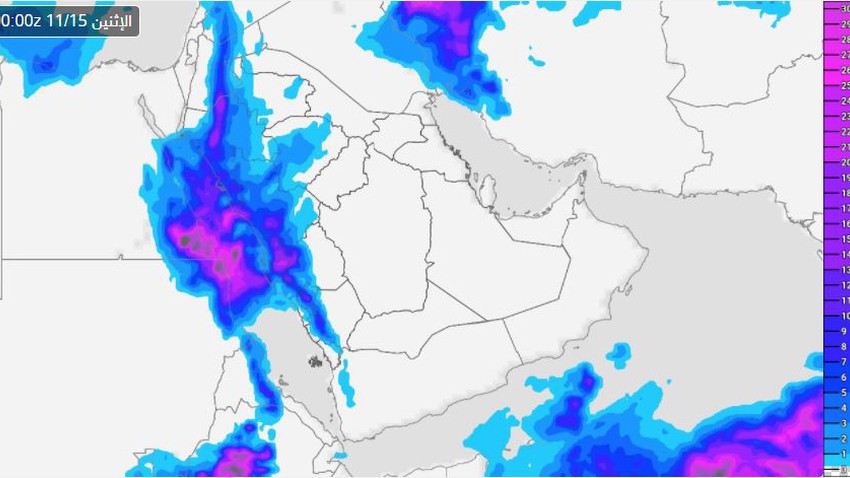 Weather of Arabia - Despite the expiration of the first third of November, the Arabian Peninsula is still far from any strong or comprehensive rainy situation, while indications are coming to expected changes in the weather systems during the weekend represented by the approaching of a cold upper basin from the region that meets a clear response to tropical humidity What makes Saudi Arabia under the influence of the first rainy weather and toxicity, and these details:

The first case of toxicity in Saudi Arabia

In the details, it is expected that parts of western and northwestern Saudi Arabia will be affected by the condition of extensive rain, but the strength of thunderstorms and heavy rain will focus on the western sector of the Kingdom in particular, and by this we mean Tabuk, Madinah and Makkah, including the coastal parts and the city of Jeddah. In addition to Al-Baha and Asir regions, they will be subject to heavy rain at times and at intervals, starting after midnight on Friday/Saturday, with a high chance of torrential rain. 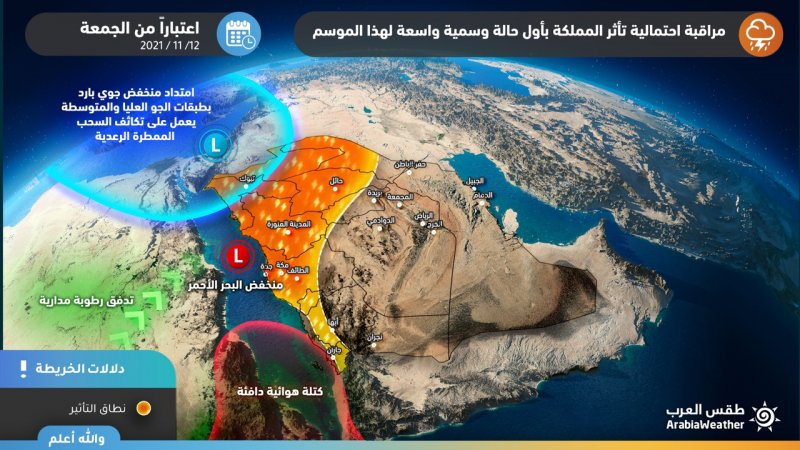 The effects of the rainy state also include Al-Jawf, Hail, Al-Qassim, and possibly parts of the northern border, but with less intensity, as it is expected that these areas will be affected by thunderstorms that cause showers of varying intensity.

These weather disturbances come as a result of the approach of an air depression in the high layers of the atmosphere across Egypt and the eastern Mediterranean, in conjunction with the rush of humid and warm semi-tropical currents from the southwest, and the displacement of the semi-tropical air high from the atmospheres of the north and west of the Arabian Peninsula, which means an effective and strong response to the Red Sea thermal depression. .

Stability of the atmosphere in all regions

It is expected that the effects of unstable weather conditions will recede during the weekend, so that the amount of clouds will decrease and precipitation chances will weaken over most regions of the Sultanate and the Emirates, while the opportunity remains ripe for showers of local rain in narrow geographical parts of the Al Hajar Mountains. 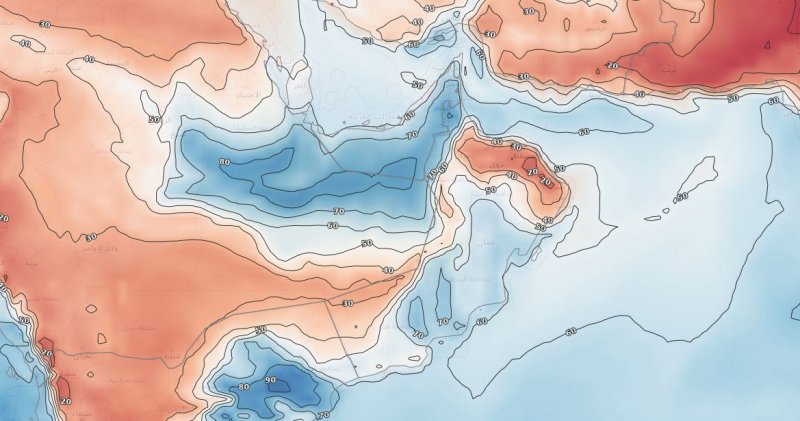 Humidity rates also rise during the night and dawn hours on a daily basis, so there is an opportunity for the formation of fog or light fog on some coastal and interior areas of the country, in addition to parts of the coastal areas of the Sultanate of Oman overlooking the Arabian Sea.

It is expected that temperatures tend to decrease significantly on Friday and Saturday in Kuwait, with autumn weather prevailing in most areas and temperatures in the mid-twenties Celsius in the interior regions, while it decreases in Qatar and Bahrain on Saturday and Sunday as a result of the rush of moist northwesterly winds from the Arabian Gulf. 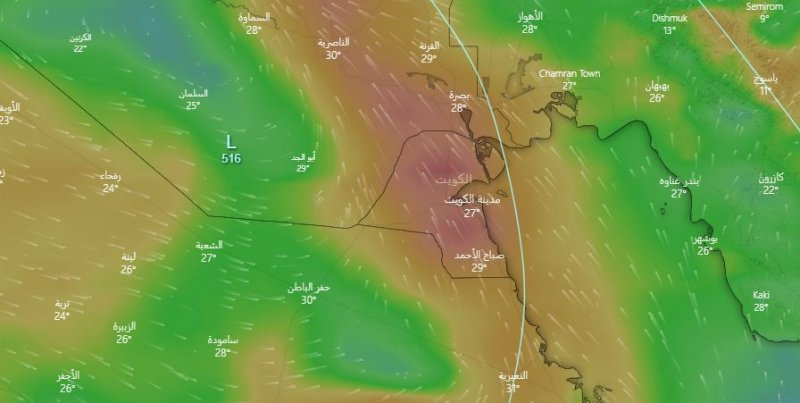 The southeast winds are active in Kuwait with gusts exceeding the 50 km/h barrier, which reduces the horizontal visibility in desert and open areas, and northwest winds are active in both Kuwait and Bahrain on Saturday and Sunday to lower temperatures and raise humidity levels in the atmosphere.

Weather and temperatures in the Gulf capitals on Friday 12/11/2021:

If you are browsing from your phone, you can download the Arab Weather application, which provides accurate weather forecasts for thousands of regions in Algeria, click here.

Saudi Arabia: Jabal Al-Lawz is on a date with snow during the evening hours of Wednesday 26-01-2022