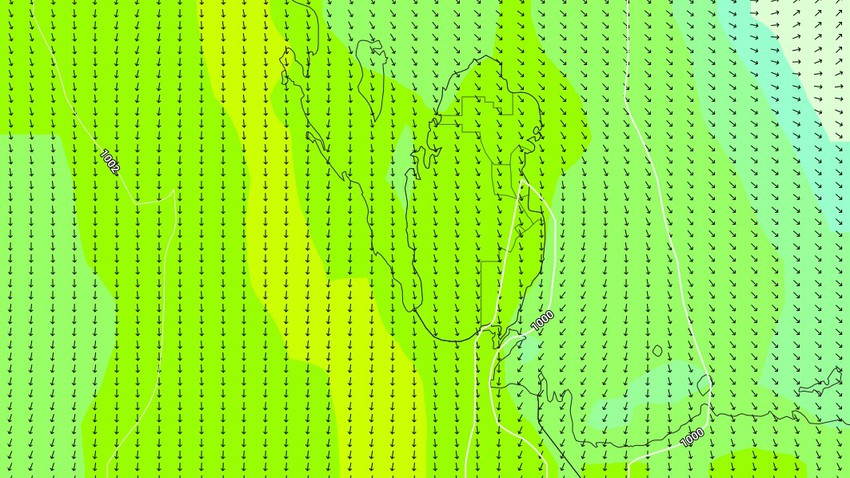 Arab Weather - A stable and very hot summer weather prevails in Qatar throughout the current week, as temperatures are in the early forties in all regions.

Arbaeen temperatures in all regions of Qatar

Temperatures are expected to stabilize throughout Qatar during the current week between the beginning and mid-forties, and the capital, Doha, records a daily average temperature of 41 degrees Celsius.

The start of the blowing dust winds, starting from Monday

The monsoon winds start in Al-Abboub for the first time this season, starting on Monday, and continue during the remainder of the current week, as these winds work to stir up dust and dust in some areas of the country during the afternoon hours.