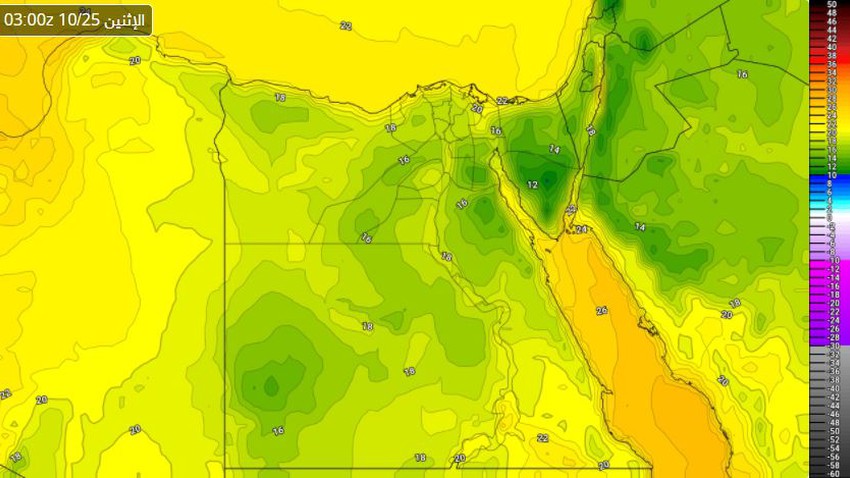 Arab weather - all regions of Egypt live under the influence of moderate air currents and temperatures lower than their normal rates, as a result of the continued flow of cold air masses on the eastern European continent, so that Egypt and the rest of the region continue under the influence of air currents less hot than usual, so that the atmosphere tends to be slightly cooler during the night hours, and consequently the details:

In the details, the country has been under the influence of moderate autumnal northern currents for several days, so that mild autumn weather prevails in the coastal areas, Greater Cairo and Lower Egypt, all the way to northern Upper Egypt, and hot in southern Upper Egypt, with the appearance of some scattered clouds at different heights in some areas. 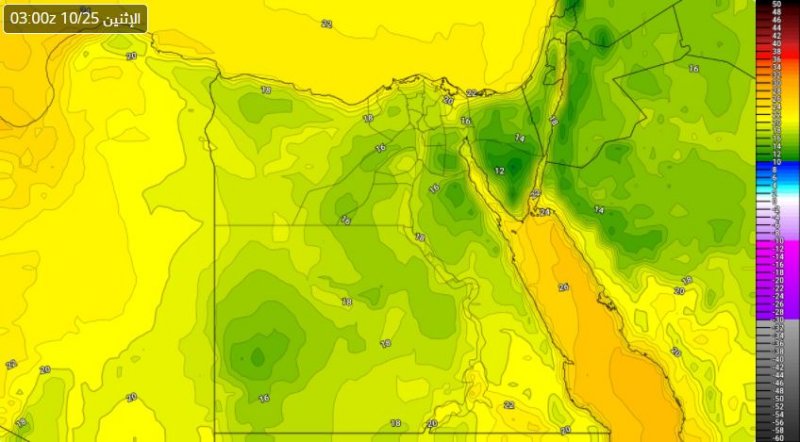 Autumn breezes appear clear during the night hours, as pleasant weather prevails in most parts of the country, tends to be cold during the late night hours and early morning, which calls for wearing a light coat, especially for residents of the northern regions.

The Arab Weather Center warns of thermal fluctuations, especially between the hours of the day and night, and the increased chances of catching colds and seasonal diseases, and it is also recommended to wear a light coat when leaving the house for residents of the northern regions, especially during the late night and early morning hours.