What are the advantages of severe winter cold? 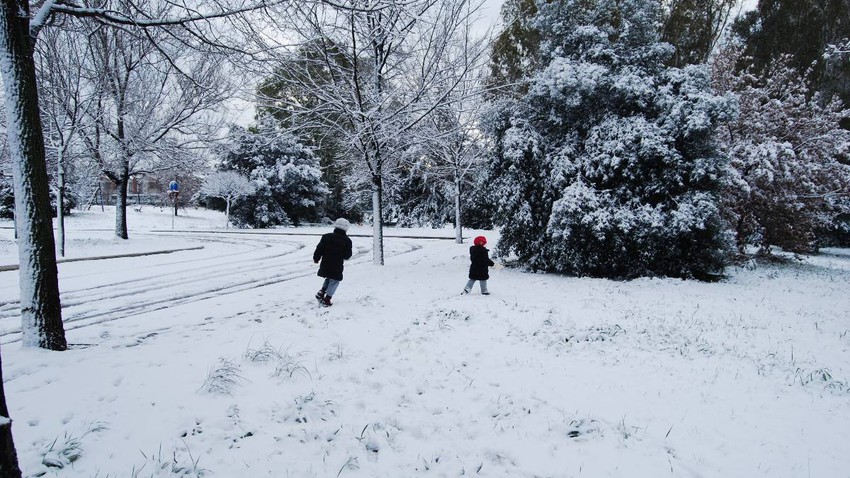 Arab Weather - Many studies have confirmed that severe cold, as far as it has satisfactory repercussions, has many benefits for public health and the environment, if some of the rules and guidelines issued by health institutions and public health professionals are observed .

A person may not appreciate the importance of severe cold, even though it (cold) kills insects and infinitesimal living bodies. In addition, it may contribute to a person's agility, by stimulating the stimulation of brown fat, which is the active fat in the metabolic processes .

In Russia, many are waiting for the bitter cold to swim in the freezing waters, which are said to cause medical miracles, according to assumptions put forward by a limited number of researchers .

The pathogen side of winter :

Nevertheless, there is a pathogenic aspect of winter to consider. A number of studies have shown that death rates increase during this season of the year. Also, blood pressure rises .

According to some estimates, the 70% increase in the number of deaths during the winter is due to the occurrence of heart attacks, strokes and other cardiovascular diseases during this season. Of course, seasonal influenza spreads in this season, and influenza viruses are transmitted when the weather is cold and dry .

Exposure of the skin to the sun leads to the production of vitamin "D" , which seems to provide various health benefits, and during the winter, when the days are shorter and the sun is tilted at a small angle, levels of this vitamin become low in the body. Feeling cold with a deficiency in vitamin "D" can cause problems .

And when the weather is not very cold, the human body, according to the aforementioned studies, adapts well to the temperatures. However, when the body comes into contact with the air or cold water, the network of blood vessels in the skin shrinks. So blood is quickly directed towards the inside of the body. This body response adds insulating power to protect the skin, because it loses less heat after reducing blood flow near the surface of the body in contact with the air or water. It also protects the vital organs from the freezing temperatures .

However, people pay the price for redirecting blood, as it leads to a lack of its flow to the fingers and toes, and the surrounding parts of the body (nose and ear), which are threatened by antifreeze, which appears when fluids freeze in and around the tissues. Under normal conditions, the blood vessels in the skin open and close in an oscillating pattern, so that the skin temperature increases temporarily, especially in the fingertips .

Tremors are also a known defense against hypothermia. The rapid, rhythmic muscle contractions that occur during them give the body heat, which helps the whole body to stay warm. The body can also employ more and more muscles when temperatures drop. And here the shivers may become strong and uncomfortable. As for voluntary movements such as the bear or "plump" with the feet, and swinging the hands, they are another way to generate energy. Depending on the circumstances, it may compensate for the occurrence of body tremors. However, the body does not reap the full benefit from this because exercise increases blood flow to the skin, which leads to the body losing heat .

The shape of the body explains some of the varied reactions to cold climates. Taller people feel cold faster than short ones because there is more surface area for their bodies, which may lose more heat. Also, the reputation of fats as an insulating material is impeccable, but in winter it is preferable to have a lubricant that covers the entire body instead of covering one area such as the rumen and the abdominal area! Most of us spend the winter trying to stay warm, but a little exposure to cold isn't harmful. Some assumptions have been made, for example, which say that moderately low temperatures may be beneficial to blood vessels because they train the blood vessels in the skin for response and reflexes (and another benefit is added: flushing the cheeks)

Some studies have defined brown fats as the thermogenic fats that burn the calories that a young child needs to regulate his body temperature. Most of these fats disappear with age, but X-ray examinations using a positron emission device for imaging "PET" showed that adults retain some brown fat. Years ago, Finnish researchers reported that people working outdoors had more brown fat than indoor workers. Dutch researchers also reported in a study published in the "New England Journal of Medicine" in 2009 that their results showed that an atmosphere with moderate temperatures of 61 degrees Fahrenheit (16 degrees Celsius) led to the activation of brown fat in 23 out of 24 volunteers. But neither of us is suggesting using cold weather for dieting purposes (yet, at least). However, when you find yourself in a cold this winter, remember that you are at least burning some cells off of that brown fat .

And methods of "cold treatment" for medical purposes are taken seriously in some countries. Japanese researchers have developed a method of " whole-body cryotherapy" to treat pain and inflammation caused by rheumatic diseases and other diseases. For treatment, patients spend one to three minutes in a room with a temperature of minus 166 degrees Fahrenheit (minus 110 degrees Celsius) .

In Finland, Russia and elsewhere, many winter swimmers say it has some benefits. Finnish researchers spoke several years ago about their study of ten women who were immersed in cold water within three months (for 20 seconds in water slightly above the freezing point), and exposed all of their bodies to cooling sessions. The blood tests showed no significant observations, except for a two to three-fold increase in norepinephrine levels after minutes of a cold dip. Norepinephrine is a chemical in the nervous system that plays many roles, including a possible role in pain control (jumps in norepinephrine level may also explain high blood pressure in cold weather) .

For decades, research has documented the fact that blood pressure rises during winter. And the latest findings in this regard are a study conducted by French researchers in 2009, which showed that high systolic blood pressure (which is the highest reading of it) associated with cold weather, was strongly observed in people aged 80 years and over. The weather may stimulate "fight" or "escape" responses, as blood pressure rises due to an increase in the heart's pumping speed, and thus blood vessels spasm .

Cold weather is also associated with an increase in respiratory diseases, including influenza. Research has shown that cold waves are associated with an increase in the number of deaths due to respiratory diseases. Some of these diseases may be associated with live bodies carrying the infection, such as influenza viruses that thrive in cold conditions, and there are also indications that exposure to cold suppresses the activity of the immune system, which helps increase the chances of infection. A study published in the "New England Journal of Medicine" in the seventies of the last century refuted the belief that the common cold is associated with exposure to cold weather, but British researchers specializing in colds believe that there is a link between the cold and the common cold. They hypothesize that the flow of cold air toward the nasal passages increases the risk of infection because it destroys local responses to the immune system .

Corona Virus: The European Union removes six countries, including the United States and Lebanon, from the list of safe travel

Shocking numbers | Corona deaths exceed 4.3 million cases, and this is the list of the 10 countries with the most deaths recorded