What are the causes of sandstorms 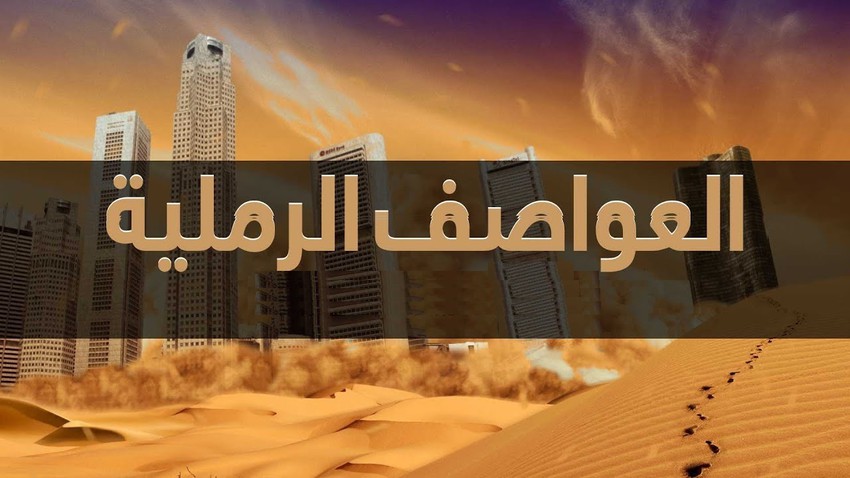 Arab Weather - Sandstorms begin when strong winds can carry dust particles and surface soil, and with the increase in the strength of the dust that passes over the sand or loose soil, the sand particles begin to vibrate first, then move across the surface and hit the ground again and again, and then the dust particles disintegrate and break down. Small ones that then start to move and rise and get stuck in the air.

There are three main factors that cause sand particles to disintegrate and move with the wind and form sandstorms, and they are:

1. Prolonged drought of the soil.

2. Arid conditions and absence of vegetation.

Forms of sandstorms and the causes of each

1. Frontal sandstorms: When the cold air invades the atmosphere of desert areas in conjunction with the presence of a local hot and dry air mass, the more dense cold mass meets the less dense hot mass, so the cold air slides very quickly below the hot air, causing an activity in the movement of the winds, thus the occurrence of the storm Sandy.

2. Transferable sandstorms: They occur when dust is stirred in small areas and moved to large areas. This reason is specific to small and specific areas whose area does not exceed 50 square kilometers, so that the dust is easily stirred and exported to other large areas.

3. Sandstorms resulting from the decline in atmospheric pressure: When the atmospheric pressure values differ, another type of sandstorm occurs, due to the increase in the activity of dust-stirring winds, as it occurs during the Al-Bawareh period in the Arabian Peninsula during summer.

4. Sandstorms resulting from winds descending from thunderstorm clouds: Thunderstorms cool the air beneath them, so the air becomes more dense and pushes downwards strongly, sometimes causing a wall sandstorm.

5. The sand storm: It is produced when the sun heats the earth in the afternoon periods, which reduces the density of air in a small spot. This causes the dust-excited air to rotate around that spot counterclockwise, and then move randomly to other areas.

6. Lush pebbles: This occurs when the wind pushes small pebbles and sand, causing dust and dirt.

The following is a video explaining the types of sandstorms and the reasons for their formation: