What are the clouds of `Mammatus` that appeared in the sky of the Prophet's Mosque in Medina? 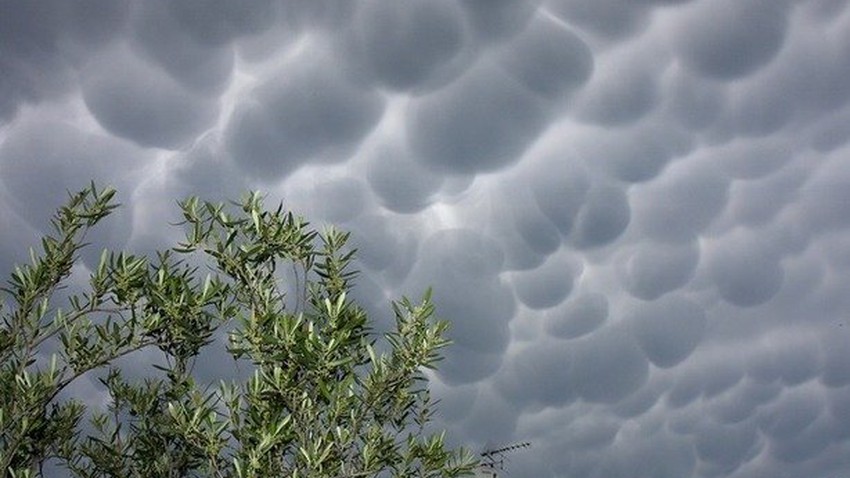 Weather of Arabia - Stunning images circulated of the "Mammatus" clouds that appeared in the sky of the Prophet's Mosque in Madinah aroused the astonishment of thousands of social media users, so what is this cloud? How is it formed?

Mammatus clouds are one of the most strange and surprising natural phenomena. Their appearance is very strange and resembles convex bubbles, and therefore it is completely different from the clouds that we know, which are characterized by their flat base.

Clustered clusters of clouds are called "Mammatus clouds", which are joined together and resemble crinkled cotton beads. Each cluster consists of interconnected parts that extend hundreds of kilometers across the sky.

Mammatus clouds or clouds are mostly formed under cumulus clouds, and the upper and middle layers of the atmosphere must be humid and unstable.

These clouds are formed due to the contrast between the cold upper temperature and the humidity in the lower layers of the atmosphere, and it is the fluctuation that creates such clouds,

Among the indications for the formation of those clouds is that the stormy weather has ended, or that the thunderstorm has begun to weaken, or before a thunderstorm occurs, as is the case at the top of the anvil clouds.

It is reported that the mammoth clouds do not pose a danger and do not predict the coming of storms and hurricanes, and these clouds occur all over the world, especially in the United States of America and Europe.