What are the factors that affect the chance of snowfall in the Kingdom? 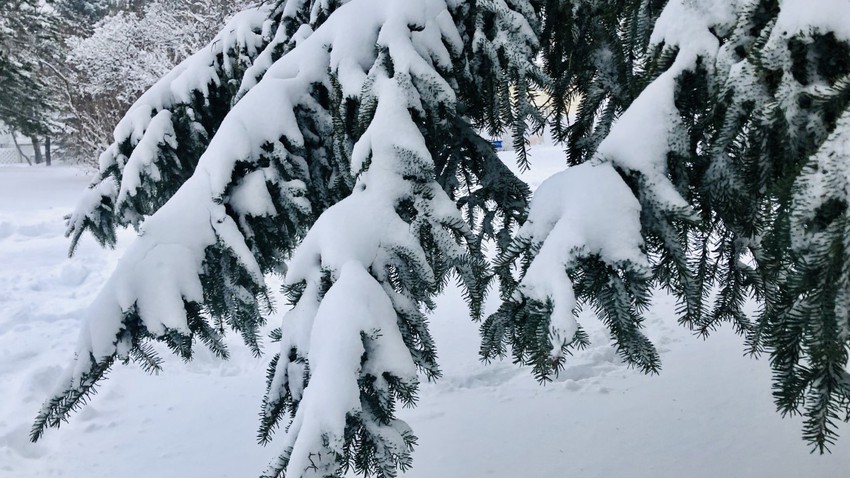 Arab Weather - When we talk about the chances of snow falling on a specific area, there are several factors that control that opportunity, the most important of these factors: the coldness of the air mass heading towards the area, the amount of moisture it carries, and the direction of its movement.

The air mass is very cold

The main factor that increases the chance of snowfall on the Kingdom is the presence of an atmospheric depression of polar origin, accompanied by a very cold air mass in the upper atmosphere, so that the air mass reduces the temperature of the atmosphere, whose pressure is 500 millibars, to about 25-30 degrees Below zero degrees Celsius, in addition to low temperatures in the other important layers of the atmosphere, which are: a layer of 700 millibars and a layer of 850 millibars, and this until the low temperatures support the formation of snow.

The amount of moisture the air carries

The second important factor that increases the chance of snowfall on the Kingdom is the amount of moisture that the air carries, and humidity is important for clouds to form, and in order for the amount of humidity to rise, the extremely cold air mass associated with the atmospheric depression must pass over the Mediterranean Sea, where its warm surface (surface temperature The sea is about 16 degrees), and then the cold air descends and the warm air that is loaded with sea moisture rises, and when the moist air rises, it cools and the water vapor condenses to form clouds.

The direction of movement of the air mass

The direction of the air mass movement and the air depression contribute to the amount of moisture that it will carry. If the air is western to northwest, then moist air is coming from the Mediterranean basin, but if the air passes over a dry area, such as if the air direction is southwest or south, then it is Coming almost from Egypt, and then the air will be not humid, and its effect on the Kingdom will be in the form of strong winds and dust only without precipitation.