What are the Fohn winds and the thermal dome phenomenon that inflamed Canada and the United States and killed dozens? 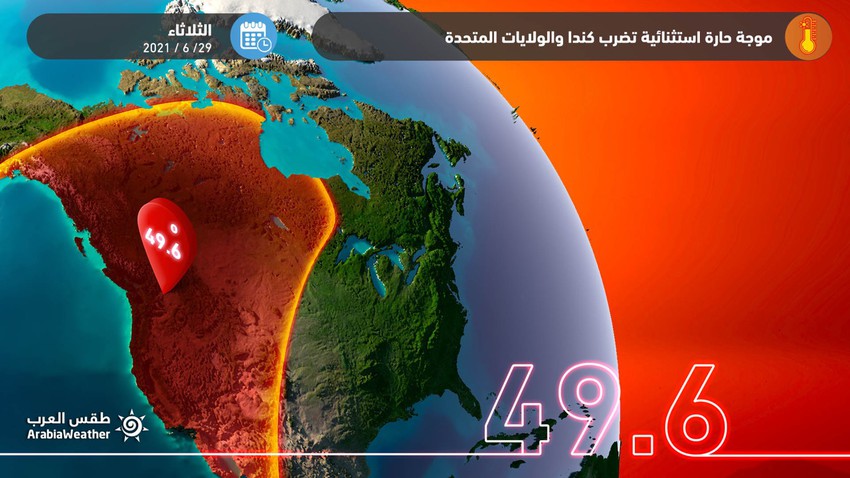 Three consecutive days of historical temperature records were recorded, the first of which was on Sunday, with the Canadian city of Leyton recording a temperature of 45.7 degrees Celsius, exceeding the highest record in the history of Canada recorded in 1937 by 45 degrees Celsius.

On Monday, a new record broke the record set on Sunday for the same city to record a temperature of 46.1 degrees Celsius, and on the same day, Salem in the state of Washington in the American West broke a new historical record for the state, where it was recorded 47.2 degrees Celsius

On Tuesday, June 29, 2021 it was not better, but the temperatures continued to maintain their flames, so that the city of Lytton in western Canada recorded a temperature of 49.6 degrees Celsius, to be the highest temperature ever recorded in Canada, and here this heat wave began to claim the lives of people, bringing the death toll to 223 One person died until Wednesday 30/6/2021, with fears that the number of victims will rise in the coming days. 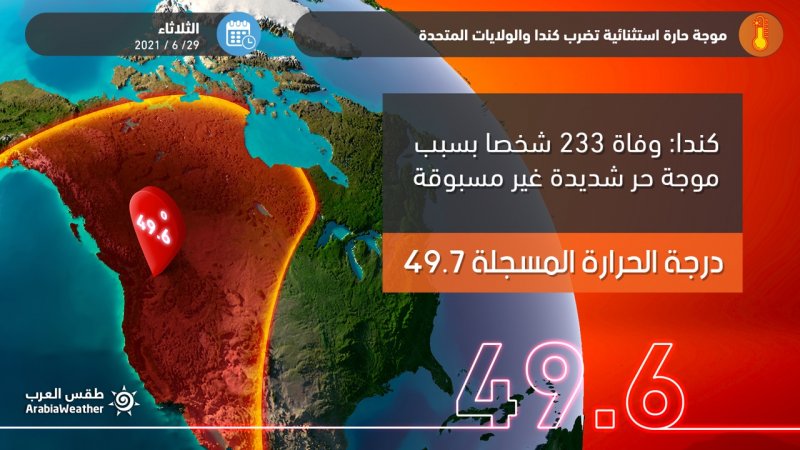 What happened to create this heat wave?

What happens from an unprecedented rise in temperatures is due to the merging of several factors at the same time. We review them starting with the broader factor and conclude with the local or narrower factor.

La Niña is a natural atmospheric phenomenon that occurs in the southern half of the Pacific Ocean when the easterly trade winds in the equatorial Pacific intensify. The sea water off the Pacific coast of South America becomes cooler than average, while the waters of the western part of the Pacific Ocean are off The coasts of Southeast Asia are warmer.

A change in the temperature of the Pacific Ocean, which covers more than a third of the Earth’s area, will necessarily lead to a change in the prevailing atmospheric systems in the Earth, and as we enter the temperate state, that is, between La Niña and El Nino, the air heights in the northwest of the American continent, specifically the west of the United States and Canada As shown in the attached map. 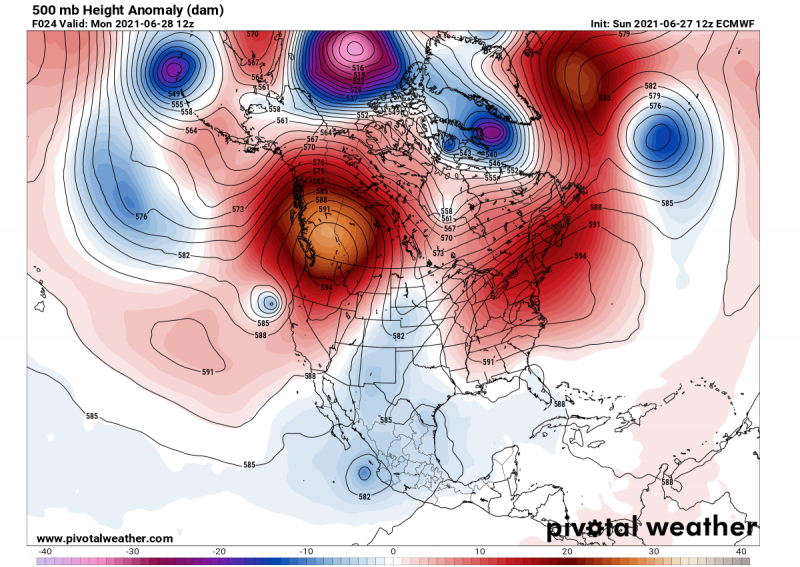 A thermal dome is an area of ​​high atmospheric pressure in the upper atmosphere that heats the air in the lower atmosphere due to a dynamic process called pressure heating. 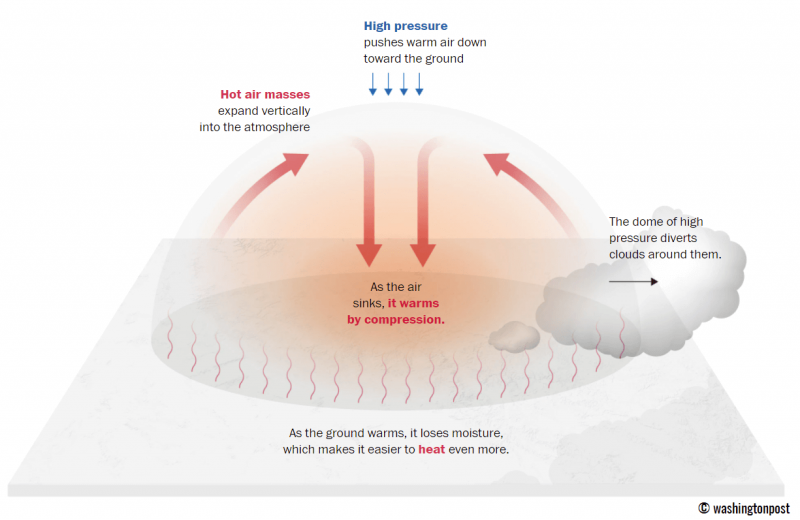 In the case of what happened and is happening in western Canada and the United States, the phenomenon of shifting from the state of Lanaina to the moderate state that we talked about in the previous paragraph, caused the formation of a huge and strong air rise in the high layers of the atmosphere that worked to heat the surface air, which is called the thermal dome.

The Fohn phenomenon or Fohn wind is simply the falling wind from the tops of high mountains towards the slopes and low valleys, where rapid heating of the air occurs due to this movement of air as shown in the following graphic: 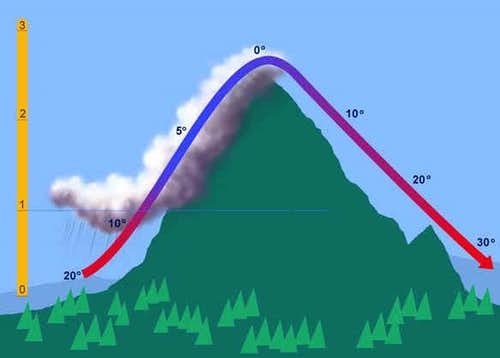 It is known that the American West is of an extreme mountainous nature, where the Rocky Mountains are considered one of the largest mountain ranges in the world, and therefore the emergence of the Fohn phenomenon in this region will not be difficult to happen, as in conjunction with the presence of the hot air mass over the Rocky Mountains, it happened to form a depression Small air off the coast of northern California, this air depression is opposite to the direction of the normal winds that blow from west to east to become from east to west, i.e. from the Rocky Mountains down towards the coasts, just as it happens in the city of Jeddah during the blowing winds of Saba when the eastern winds blow from the mountains Taif down towards Mecca and Jeddah, so the temperature rises sharply and dramatically.

It is noteworthy that all the cities that recorded historical and unprecedented temperatures are the cities located on the western slopes of the Rocky Mountains and were exposed to the Fohn phenomenon.

Jordan - Update at 8:50 pm | Rainy clouds over parts of Karak and the east of the kingdom, accompanied by thunder