What do you know about Kazakhstan..the ninth largest country in the world and the most economically powerful in Central Asia 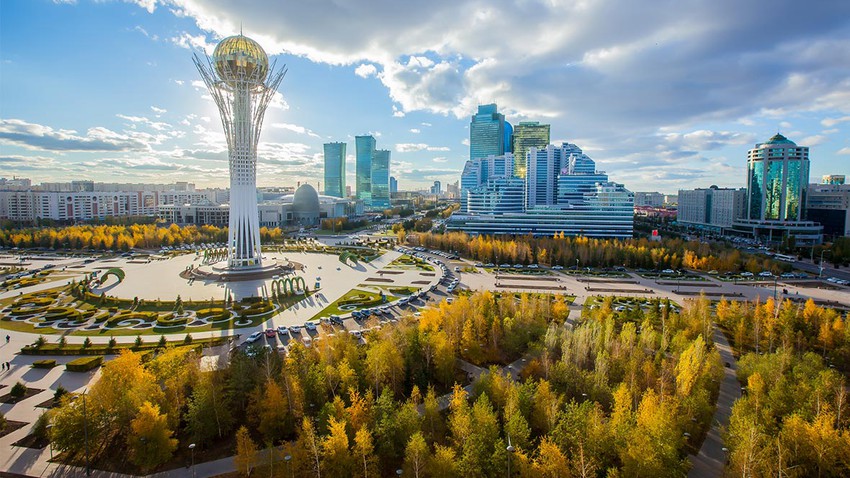 Weather of Arabia - Kazakhstan entered its new year on the impact of popular anti-government demonstrations, which made it the headlines of news channels as the most important piece of the geopolitical conflict between Russia and the West, especially the United States of America.

Thanks to its distinguished geographical location in Central Asia, Kazakhstan is one of the influential countries in the region. It is the ninth largest country in the world in terms of area, and the largest area among the countries of the Islamic world. It is the most powerful country in Central Asia economically. In this report, we will review the most prominent general information about Kazakhstan, and its impact.

Geography and population of Kazakhstan 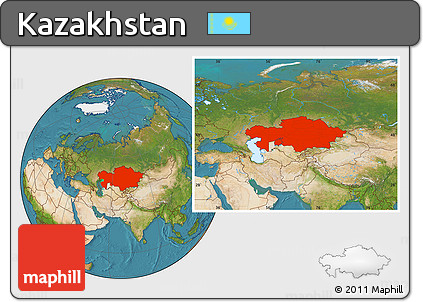 The territory of Kazakhstan is located within two continents, part in Central Asia to the north, and part in Eastern Europe to the west (west of the Ural River). It is the ninth largest country in the world in terms of area, and the largest Muslim country in the world, with an area of 2,717,300 km2, and 70% of the population of 18.51 million as of 2018 embrace Islam, followed by Christianity by about 26%.

The country's capital is Nur-Sultan, which until 2019 was called by its original name "Astana", which actually became the capital in 1997 instead of Almaty, the largest city in the country. The city of Bikanor is also one of the most important cities in the country because it hosts the space center.

Kazakhstan has borders with important and powerful countries such as China and Russia, in addition to Uzbekistan, Turkmenistan and Kyrgyzstan. Its shores extend on the Caspian Sea with a length of 1,894 km. It has 131 ethnicities, including Kazakhs (63% of the population), Russians, Uzbeks, Ukrainians, Germans, Tatars and Uyghurs.

The Kazakh language is the official language, and Russian also has an official status within administrative and institutional life.

Kazakhstan is the most powerful economic country in the Central Asian region, and is solely responsible for producing about 60% of the total production of this region locally. It is famous for the oil and gas industry spread in the country, in addition to its abundant relevant resources.

While the gross domestic product amounted to about $179 billion last year, the annual per capita output amounted to about $9,686, and the annual growth rate reached 4.5 percent. Kazakhstan's economy depends almost entirely on oil exports, which constitute about 56 percent of total exports and 55 percent of the state budget. Kazakhstan is also one of the most important gas-producing countries in Asia.

In addition to natural resources, the service sector accounts for about 52% of the GDP, while agriculture accounts for nearly 5% of the GDP in Kazakhstan. China is one of Kazakhstan's main economic and trade partners, especially after China launched the Belt and Road Initiative in 2013, when Kazakhstan was given an important role as a transit hub.

It is noteworthy that the country's currency is called "Kazakhstan tenge" (KZT), and it has been issued by the National Bank of Kazakhstan since 1993, and today it is equivalent to 0.0022 US dollars.

Also, Kazakhstan was the official nuclear test area of the Soviet Union. It has conducted nearly 450 nuclear tests over a period of 40 years. So, when the Soviet Union disintegrated, it left Kazakhstan as a small country, but rich in oil wealth, and most importantly, a country with one of the largest nuclear arsenals in the world. 1,400 nuclear warheads, more than 100 ICBMs. The United States was keen to link up with Kazakhstan throughout the period after the fall of the Soviets, in order to dismantle its nuclear system, and succeeded in that.

Kazakhstan was the last Soviet republic to declare its independence during the dissolution of the Soviet Union in 1991. After gaining independence, Kazakhstan declared itself a constitutional secular democratic republic, proclaiming its constitution in 1993 and amending it in 1995.

Kazakhstan adopts a presidential system of government, where the president is considered the head of state and the supreme commander of the armed forces, followed by the Council of Ministers. Nursultan Nazarbayev assumed the presidency from December 1, 1991 until his resignation in March 2019, to be replaced by Kasim-Jomart Kimilovich Tokayev, whom the opposition describes as a puppet of Nazarbayev, whose resignation was a formality, to continue his policies.

In recent days, Kazakhstan has become one of the most important pieces of the geopolitical conflict between Russia and China on the one hand, and the West led by the United States of America on the other.

Experts who follow the Kazakh issue believe that the country is currently taking the same steps taken by the Color Revolution in Ukraine, which began with protests against the government and Russian influence, which is demonstrated by videos in the Russian and Kazakh languages that were circulated by local and international media.

It is natural for America and Western countries to try to support the liberal forces and elites in the countries that have studied in Western universities, and which call for an alliance with the European Union at the expense of an alliance with Moscow. Washington may now begin implementing plans aimed at handing over power to liberal forces with a Western orientation, which would later allow America and its allies to tighten their control over the Central Asian region, and thus tighten the noose further on Russia and China.