What does choosing the UAE to host COP 28 mean? 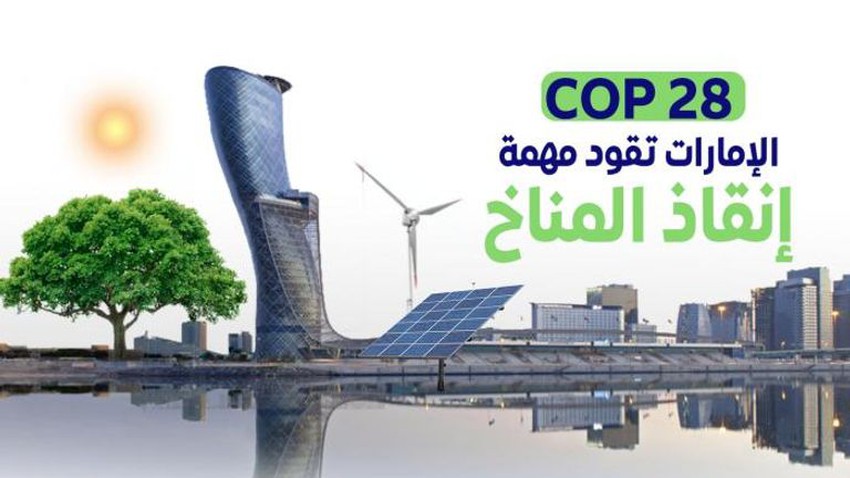 Weather of Arabia - The General Secretariat of the United Nations Framework Convention on Climate Change officially announced that the UAE won the hosting of the 28th session of the Conference of the Parties (COP) in 2023 , which is the most important and largest international conference on climate action with the participation of world leaders and leaders, and the announcement came during the closing session of the Glasgow Conference "COP 26", which concluded its activities in Scotland.

The UAE's victory in organizing the "COP 28" climate conference in 2023 is considered a new success that confirms the leadership of the UAE, and global recognition for its efforts in climate sustainability.

The most important international conference on climate action

It is expected that the "COP 28" climate summit, which will be held in November 2023, will be the most important global summit to find solutions to climate challenges, after the 2015 Paris Summit, which ended with the declaration of the Paris Agreement.

Experts believe that the support of various countries of the world for the UAE to organize the “COP 28” climate conference in 2023 is an international message of thanks to the UAE for its efforts in finding solutions to the climate challenges facing the planet, and it is an appreciation from various countries of the world, for the UAE’s efforts to diversify Energy sources, in recognition of its global leadership in the use of various types of renewable energy.

The UAE's efforts in climate sustainability

The UAE’s journey, in climate sustainability projects, is a wonderful model for various countries of the world with its outstanding successes, the most important of which is the UAE’s possession of 5 clean sources of electric energy , and it is implementing an ambitious plan to protect the blue economy, emphasizing that the green economy is a priority for the seven Emirates, and it has established more than one sustainable city.

It is also considered one of the most prominent successes of the UAE in climate sustainability projects, allocating about 164 billion dollars to achieve climate neutrality .

For more than thirty years, the UAE has shown great interest in the issue of climate change, and a firm commitment to investment projects that aim to reduce its repercussions and find solutions for them, along with creating a positive economic impact for the Emirati society .

Stemming from its pivotal role in the region, the UAE is now calling for more serious steps to be taken. Last October, it launched its ambitious strategic initiative to achieve climate neutrality by 2050.

In addition, the UAE is keen to support the international community and find practical ways to promote climate action. It also calls for a deeper analysis of the future risks associated with climate change, and the adoption of the concept of "proactive action" to make the most of the available resources to limit the consequences of climate change.

The use of renewable energy is a mainstay in the UAE's strategy to reduce carbon emissions and ward off the worst consequences of global warming. These initiatives include projects:

In recent years, the UAE has invested nearly $17 billion in clean energy projects in 70 countries, with a special focus on developing countries.

In 2021, the UAE hosted the Regional Climate Change Dialogue, and participated in the Leaders Climate Summit as it reinforced its commitment to sustainable agriculture.

With food systems responsible for about a quarter of global carbon emissions, the UAE, in cooperation with 39 other countries, launched the "Agri-Climate Innovation Initiative".

Pioneering the launch of climate initiatives

The UAE has been a pioneer in launching important climate initiatives in the region, including:

It is noteworthy that the UAE ratified the Vienna Convention for the Protection of the Ozone Layer in 1989, acceded to the United Nations Framework Convention on Climate Change in 1995, and the UAE signed the Paris Agreement in 2015, ratified the Kyoto Protocol in 2005, and organized and hosted the Abu Dhabi meeting climate two years ago.

Saudi Arabia | The coldest since the beginning of the season.. a cold air mass that strongly affects the north of the Kingdom and Hail as of Wednesday..Details