What is a Waterspout? And how dangerous is it? 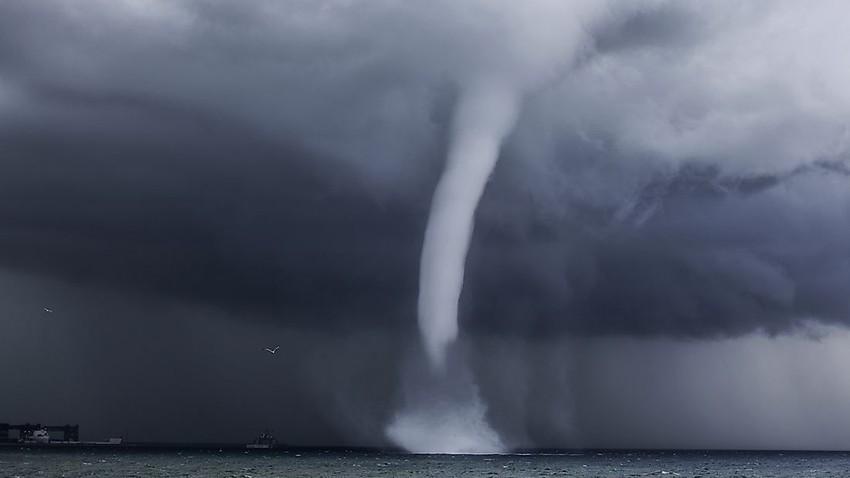 The reason for the occurrence of water towers

Water high rise is a natural phenomenon that often forms when cold air passes over warm water. Warm, moist air rises and water vapor condenses with the height of the air column. With horizontal shear winds, a rotational movement of air arises, and a rotating funnel appears in the form of a vertical cloud block above the surface of the water.

The formation of a water tower requires high levels of humidity and a water temperature that is relatively warm compared to the air above it.

Where and when do water towers occur?

The phenomenon of water towering or water column is more common in spring and autumn, when the disparity between air and water temperature is large, which provides the appropriate environment for its emergence.

The phenomenon of water heights occurs mostly in tropical and subtropical waters, such as the Florida Keys and the islands of Greece and off the east coast of Australia.

The water tower phenomenon was monitored on the coasts of Saudi Arabia, the Sultanate of Oman, and the coasts of the Emirates, where it was seen on the coasts of ( Emirate of Fujairah ) last winter, and its effects were local, simple, and characterized by slow movement with a wind speed of 90 km / h.

There are two main types of algae, which differ slightly from each other in the method of formation and properties, namely:

They are hurricanes that form over water, or move from land to water, and have the same characteristics as a land hurricane. It is associated with severe thunderstorms, often accompanied by strong winds, large hail, and frequent dangerous lightning, so cyclonic meteors are the strongest and most destructive types of meteors. 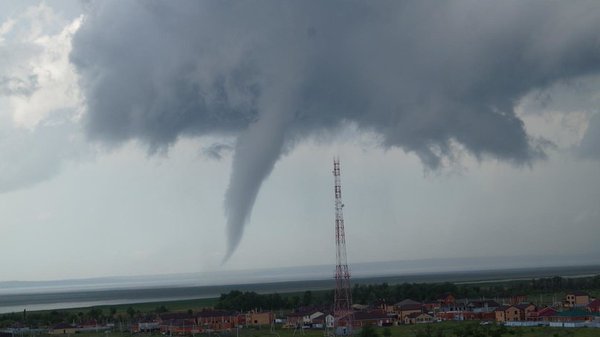 (Tornadic Waterspout on the coast of Volgodonsk - Russia - May 2016)

Temperate meteor showers are more common, and they usually form along the flat base of cumulus clouds, so that they develop on the surface of the water and make their way upwards. They are rarely dangerous, and are mostly stationary, but can move toward shore and cause damage, but moderate-weather meteors usually dissipate quickly when they make landfall, and rarely penetrate far inland. 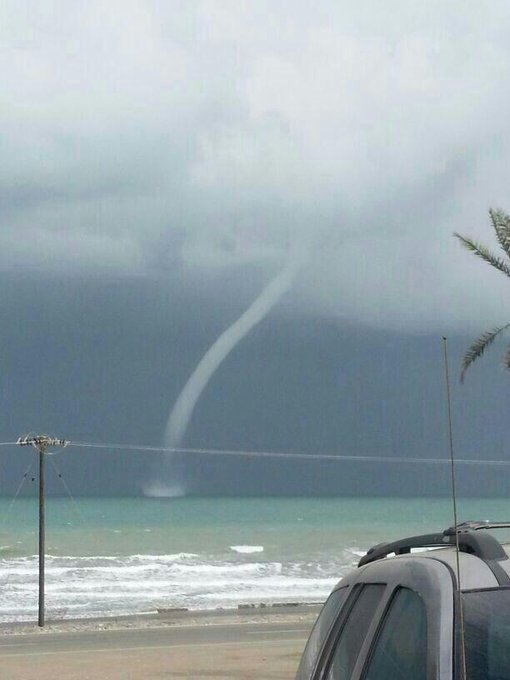 (Fair-weather Waterspout on the coast of Suwaiq, Sultanate of Oman - December 2013 - @k_k_jahwari )

How long do water towers last?

Water towers reach the stage of Decay.   When the flow of warm air into the vortex weakens and the water column collapses, the average life span of a water tower is only 5 to 15 minutes, and large water towers may last for specific hours.

There are many forms of the water column in several forms that depend on different sizes, groups, speeds and different time periods. They are formed singly or in groups of two or more. 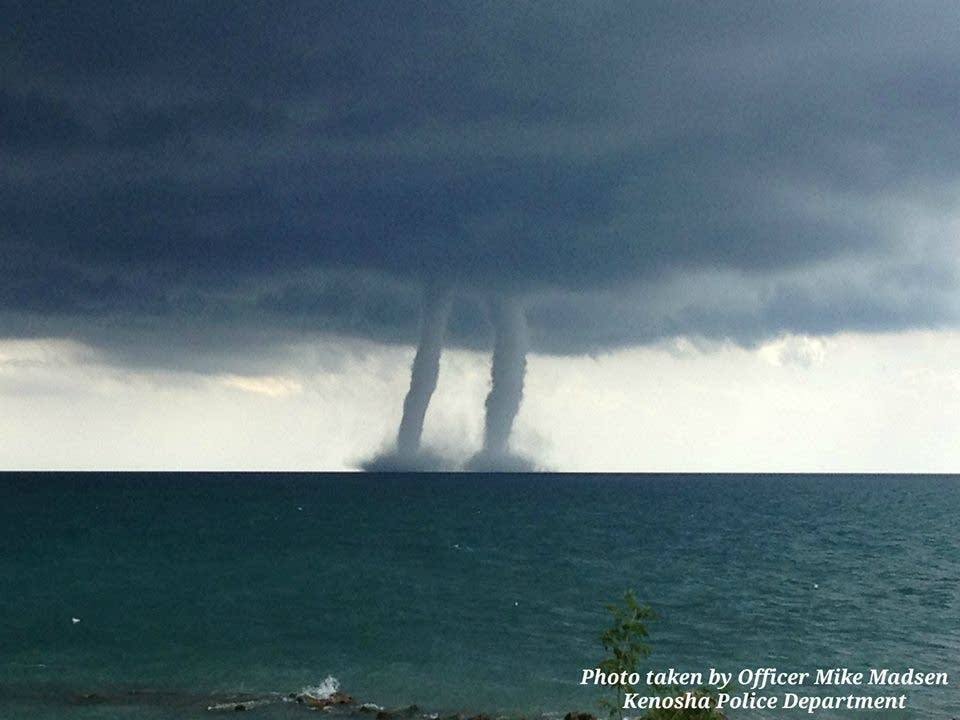 How dangerous is a water tower

The water tower moves within a certain path, and fishermen can see it from a distance of two kilometers and they must move away from it more than 3 kilometers, making an angle of 90 degrees with its path.

Waterspouts pose not only a threat to swimmers and boaters, but also to aircraft. Helicopters flying too close to high-rises can be damaged and derailed by high winds.

And if the water towers move to coastal areas and ports, they can cause great damage and injury to people, some of which are dangerous as tornadoes, but some of them dissipate quickly when they reach land.