Weather of Arabia - The ostrich bird (ostrich) is the largest and heaviest bird species. The ostrich was previously known as the "camel bird" because of its long neck, prominent eyes and long eyelashes, as well as its body size and swaying while walking like a camel, and an ostrich can withstand high temperatures. - Like a camel does - and remain without water for long periods of time.

How does the ostrich bird adapt to high heat and cold?

The ostrich can live in areas with fluctuating temperatures, and it can withstand temperature differences of up to 40 ° C, where the ostrich controls its body temperature in several ways, the most important of which are:

1. Using feathers to cover or reveal the two bare areas (free of feathers) in his body, which are located on the top of his feet and his flank, so that he maintains the coolness or warmth of his body. 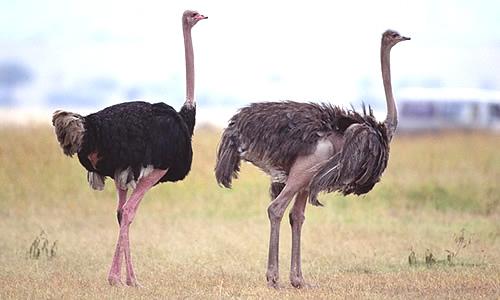 2. The ostrich uses its wings as umbrellas when its temperature rises, thus protecting the feather-free area. Raising the wings and back feathers a little moves the hot air away from the skin. The ostrich also uses the wings to shade the chicks. 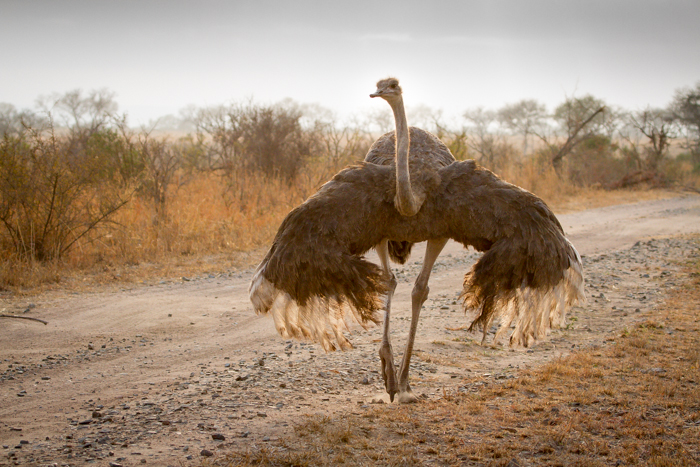 3. Ostrich can use the feathers of its thermal insulation wings to act as a blanket on cold nights to protect featherless areas and keep them warm.

4. Ostrich is the only species among birds and animals (except for camels), that does not exhale breathlessly saturated with moisture, as it is believed that the long neck, trachea and wide nasal passages cool the inhaled air, reducing the water vapor content to only about 87%.

In this way, ostriches can reduce the possibility of dehydration in the hot, open areas in which they live. Their long necks make drinking difficult, and as such they must conserve water in their bodies and meet most of their water needs through the food they eat.

5. Ostrich - like other birds, uses gular fluttering to help cool itself on hot days. This is similar to the panting that some animals make to cool themselves but is less energy consuming. The vesicular skin at the back of the bird's mouth is rich in capillaries And by the bird flapping this skin, the blood in the capillaries is cooled by pumping air over the area, thus transferring the coolness to the body. 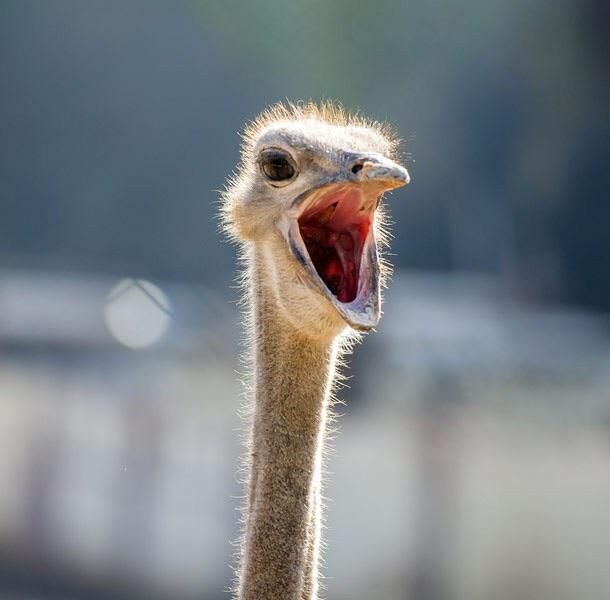 Why does an ostrich have wings if it can't fly?!

An ostrich cannot fly due to its heavy body, but it does have wings to help it balance when running, especially if it changes direction suddenly. The ostrich can run gracefully at a speed of up to (70 kilometers per hour), and its stride can be 3 to 5 meters long. The ostrich has long and strong legs that enable it to go great distances without making much effort, and it has only two fingers. In its feet to enable it to run more quickly, the ostrich is the only bird that has only two toes (all other birds have three or more).

Why do flies rub their hands in front of us as if they are preparing for an evil deed or to take over the world?!

How to survive by yourself from quicksand? real video