What is the difference between the Saudi National Day and the founding day? 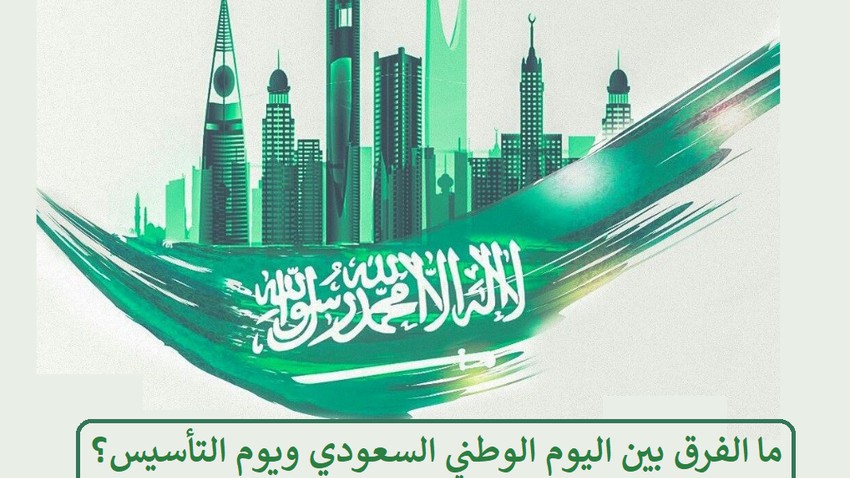 Weather of Arabia - The Kingdom of Saudi Arabia adopted February 22 as an official holiday by royal order, to celebrate the establishment of the Saudi state, in the name of "Foundation Day", and this day is added to the Saudi National Day holiday that the Kingdom celebrates on the twenty-third of September every year, so what is the difference Between the Saudi National Day and the founding day?

The difference between the founding day and the Saudi national day

The Saudi Founding Day is different from the National Day, but these two days remain of great importance for the Saudis, as they celebrate them in a dazzling celebration that shows the extent of the Saudi people’s appreciation for all the sacrifices made for the establishment of the Saudi state, and the following shows the difference between the founding day and the Saudi National Day:

This day is celebrated on the 23rd of September every year, on the occasion of the announcement of the unification of the Saudi lands and the establishment of the modern Saudi state at the hands of the founding King Abdul Aziz. for the year 1351 AH.

This day is celebrated on the 22nd of February of each year, on the occasion of the first birth of the Saudi state. Imam Muhammad bin Saud established the first Saudi state in the middle of the year 1139 AH corresponding to February 1727 AD, specifically on the 22nd of February, and it was the capital of This state is Diriyah, and its constitution is the Noble Qur’an and the Sunnah of the Messenger of God Muhammad, may God’s prayers and peace be upon him, and it lasted until 1233 AH (1818 AD).