What is the hair of Mona? Which includes the largest tent city in the world 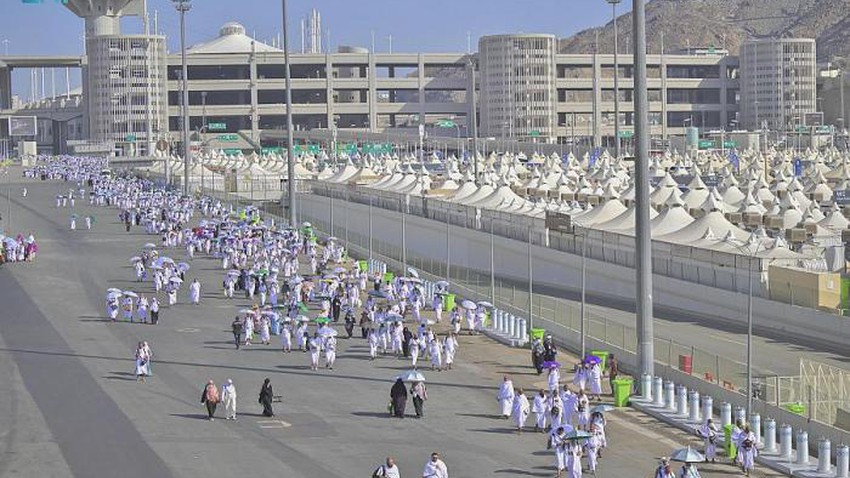 Weather of Arabia - The pilgrims of the House of God have flocked, since Thursday morning, to Mina to spend the day of perfusion, where the guests of the Most Merciful gather in the holy site of Mina starting from the morning of the eighth day of the month of Dhu al-Hijjah 1443 AH, to spend the day of perfusion and in preparation for performing the rest of the rituals. 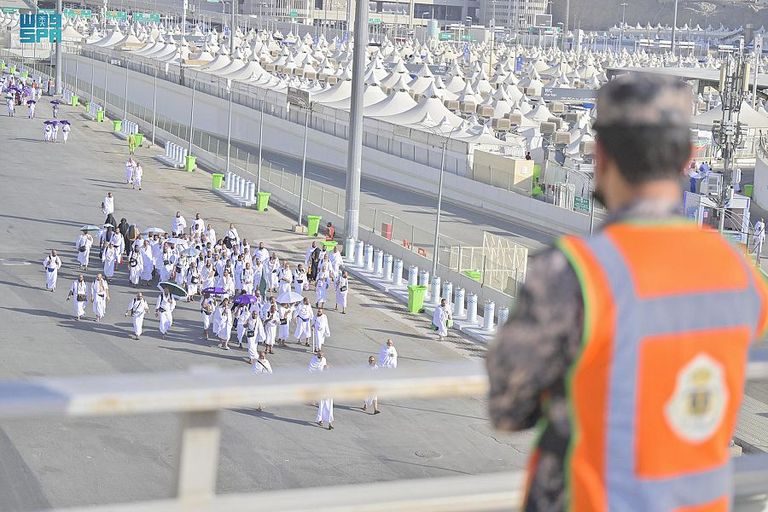 What is the hair of Mona?

Mash'ar Mina is a valley surrounded by mountains on the northern and southern sides, Jamrat Al-Aqaba on the side of Makkah Al-Mukarramah, and Wadi Muhassar on the side of Mushaer Muzdalifah, and it is not inhabited except during the Hajj period.

Mina is one of the largest holy sites, with an area of 16.8 square kilometers and is located 7 kilometers northeast of the Grand Mosque.

This holy site is the largest area in Makkah Al-Mukarramah, and Mina is one of the largest projects implemented in the Kingdom to house pilgrims, with an estimated area of 2.5 million square meters, according to specifications that achieve greater security and safety, accommodating 2.6 million pilgrims. Thus, Al Mashaar is the largest tent city in the world. 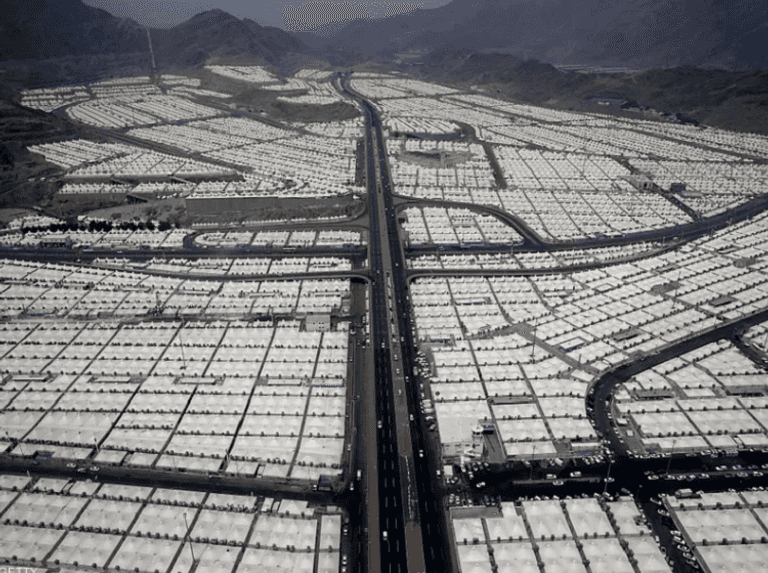 You may also be interested in: What is perfusion day? And why it is called by that name!

The work of the pilgrims in the area of Mina

Mina is one of the confirmed Sunnahs in Islamic law, according to which pilgrims come together or single in Ihram to Mina to spend the day of Tarwiyah and to witness benefits for them and to mention the name of God on known days.

Then, on the morning of the 9th of Dhu al-Hijjah, the pilgrims flock to the top of Mount Arafat, 12 kilometers from Mecca, to witness the great stand and spend the greatest pillar of the Hajj, which is standing at Arafat. Then, at sunset on the day of Arafat, the pilgrims leave for Muzdalifah.

On the condition that the pilgrims return to Mina on the morning of the tenth day to stone Jamrat al-Aqabah and sacrifice, then shave and shorten and head to Mecca to perform the tawaaf al-ifaadah.

Thus, pilgrims spend in Mina the three days of Tashreeq (11th, 12th and 13th of Dhul-Hijjah) to throw the three Jamarat, beginning with Jamarat al-Sughra, then al-Wusta, and then Jamrat al-Aqaba (the Great). Hajj rituals. 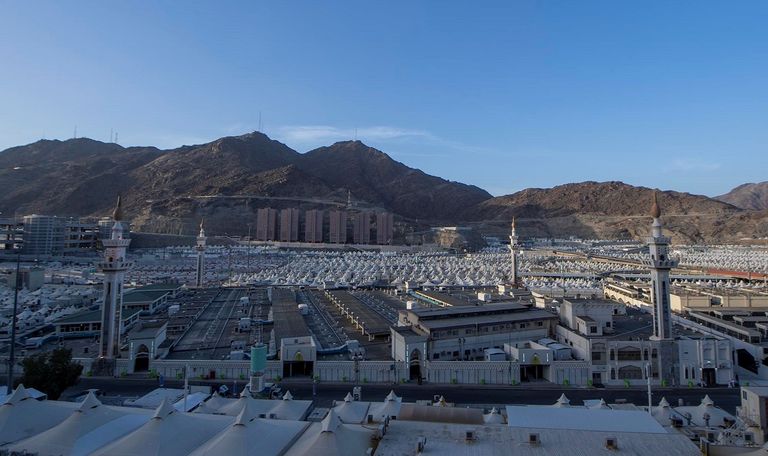 Hairy Mona.. how old was it?

A group of archival photos showed the arrival of the pilgrims to the holy city of Mina via animals or old buses, and the operations of setting up tents and cooking food, and how the hardship of Hajj was in the past, according to what historical references documented, that the Hajj journey in the past was arduous and fraught with dangers, as the pilgrims were They walk for several days from their areas to the holy sites, facing the blazing sun, and they may face heavy rain, storms and torrential torrents. 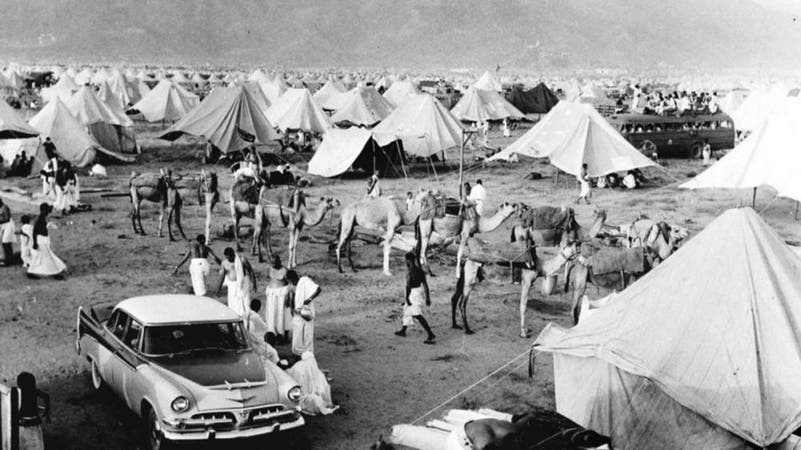 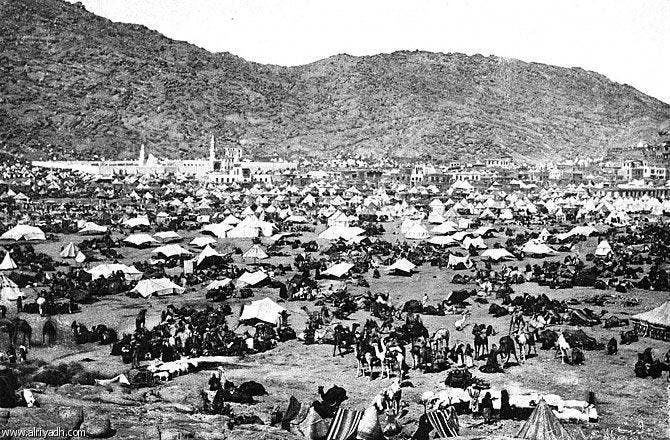 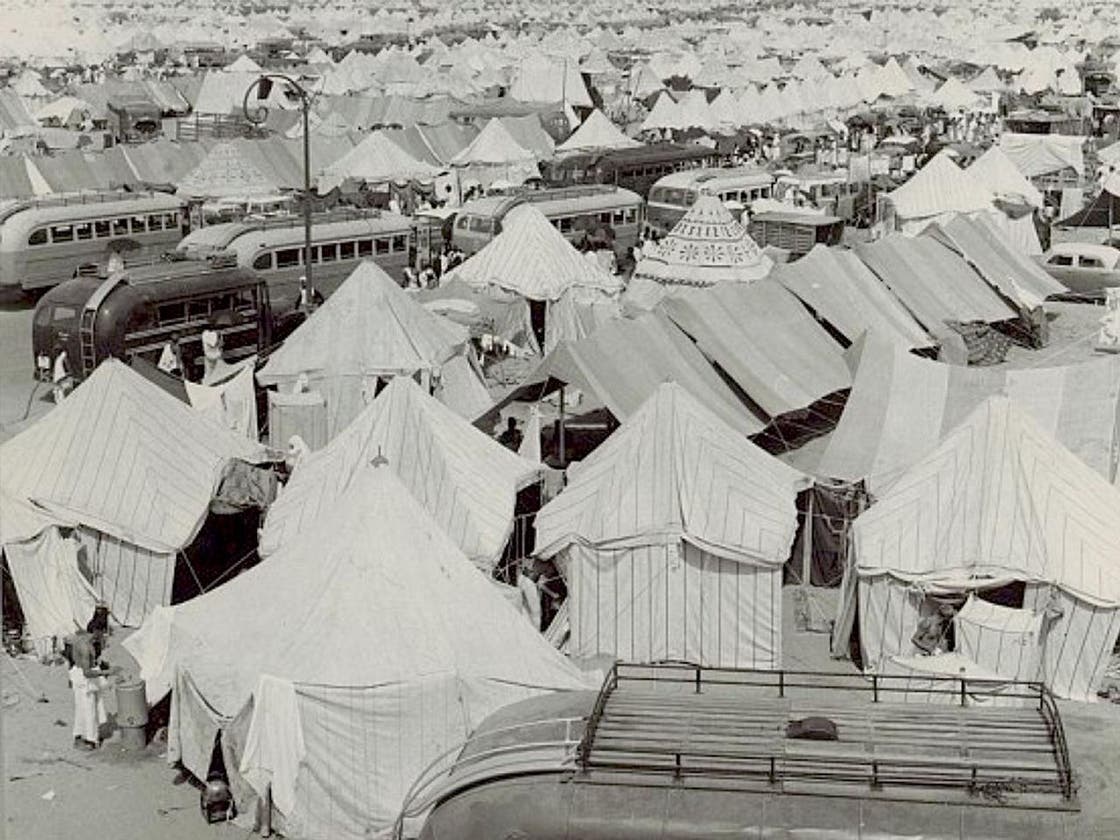 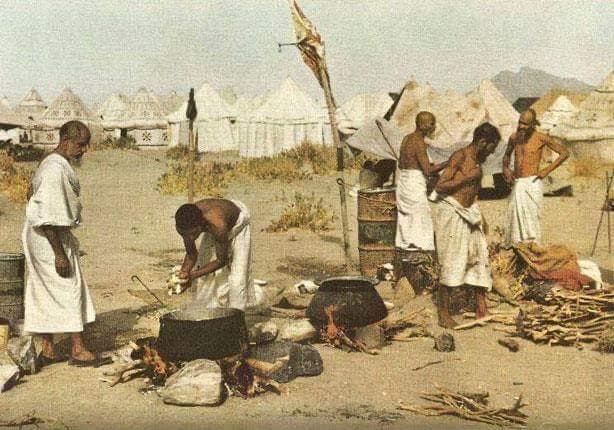