What is the latest weather forecast for Jeddah ?? 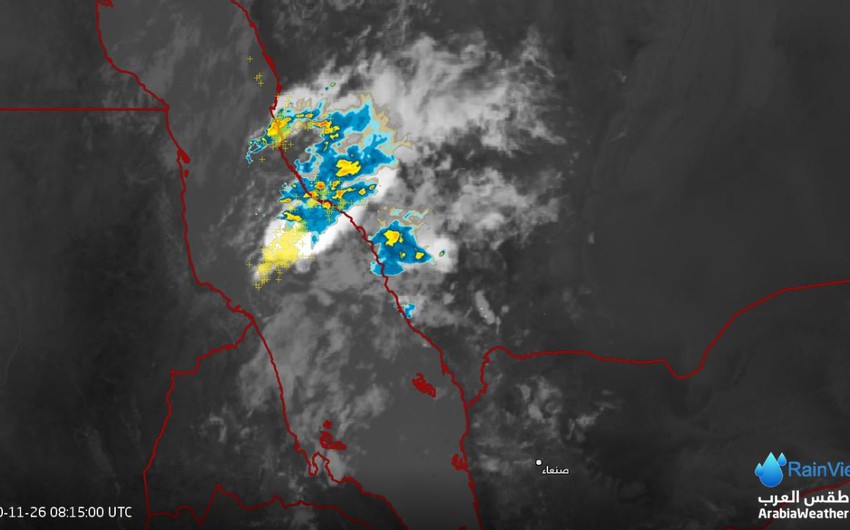 Arab Weather - The current Suqia began to affect the western parts of Saudi Arabia with the early morning hours, and conditions that form the weather come as a result of the extension of a cold upper basin from northern Saudi Arabia that corresponds to a surge of wet currents from the Arabian Sea and the Red Sea, with expectations that the weather will continue in the Kingdom until early next week God willing.

Thunderstorms began to affect the coasts of Jeddah and some of its neighborhoods during the past hours, as they were accompanied by the formation of rainy thunderstorms that were accompanied by the activity of surface winds in the forefront, and they were concentrated more in the northern neighborhoods of the city of Jeddah , and also worked on the high level of water and the flow of torrents in some areas, including Praise be to God, but what are the expectations for the coming hours for the city of Jeddah ???

The latest air updates dealt with us indicate the continued eruption of cold currents from the north of the region, matched by the surge of warm and humid southern currents, which means the continuation of the formation of marine exits and thunder clouds from the western parts of the city of Jeddah from the Red Sea during the afternoon and afternoon hours, and their impact on the center and south of the city of Jeddah God willing, it is expected that some strong clouds will form, which means a good possibility for the formation of torrents and the rise of the water level in some areas, and with the evening and night hours, it is expected that the thunderstorms will start moving from the area with the continuation of the opportunity ready for thunder showers of rain that are focused primarily in the southern neighborhoods of the city.

It is also expected that moderate northwesterly winds will rush to brisk starting from the north of the region and an additional decrease in temperature. Therefore, a pleasant atmosphere prevails in general, especially during the night hours, with temperatures reaching a maximum of 21 degrees Celsius, and with the late hours of the night the weather begins to recede in the city of Jeddah And moving more towards the southwestern coast of the country, with the presence of some clouds at different heights, God willing.