What is the new corona mutant `Omicron`? What is the meaning of the name? And why is it `alarming`? 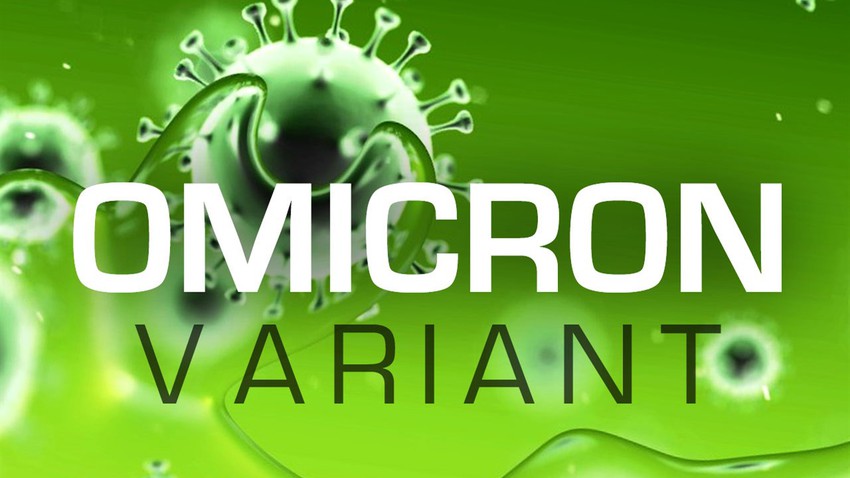 Arab Weather - The new Corona virus mutant (B.1.1.529) was discovered on November 24, and within two days the World Health Organization called it “Omicron” and described it as a “worrying mutant”, and this is what we know so far about this The new mutant in the Corona virus.

The mutation known scientifically as (B.1.1.529) was little known until November 24, when South African officials reported it to the World Health Organization, after it caused infections to increase at faster rates than previous strains, suggesting that this variant may have an advantage. greater spread.

As of the evening of November 26, the mutant has so far been detected in South Africa, occupied Palestine, Hong Kong, Belgium and the Netherlands, and media reports indicated that the case in Belgium was for a non-immune person who had traveled from Egypt - but one case was reported in the occupied entity (Palestine) It was for someone who had taken three doses of the vaccine, the last of which was just two months ago.

What kind of concern does the new mutant 'Omicron' raise?

The World Health Organization has four levels of classification for novel coronavirus mutants, which are in ascending order: Under Watch - Interesting - Concern - Severe Consequences.

The CDC defines a "worrying" mutation as:

The "delta" mutation, for example, which caused an increase in the number of infections in the United States during the summer, was a worrying one.

How does Omicron differ from other variants, and why is this cause for concern?

First, more research is needed on the Omicron variant before the realistic functional differences between it and the other variants become clear.

The World Health Organization has therefore classified Omicron as a "variable of concern", referring to the "large number of mutations" as well as how "preliminary evidence indicates an increased risk of recurrence" of the variant.

More research is still needed, and many scientists, though concerned, caution against pessimistic assumptions while conducting this research.

The world's reaction to the mutant "Omicron"?

Less than 48 hours after the world discovered the omicron mutation, most major governments have imposed travel bans to and from South Africa.

Both Pfizer and Moderna said that if the variant is in fact more vaccine-resistant than previous strains, they can develop and ship a modified vaccine in about 100 days.

Mark Levine, the chair of the New York City Council's health committee and the incoming president of the Manhattan Borough, on Friday called for restrictions to be immediately reimposed in the city.

Meanwhile, New York Gov. Cathy Hochhol declared a state of emergency and said that while Omicron has not yet been discovered in the state, it is "coming."

On Thursday, the UK announced it was temporarily banning flights from South Africa, Botswana, Eswatini, Lesotho, Namibia and Zimbabwe. The UK said that when travel resumes, UK nationals will be able to return but will face quarantine.

On Friday, the potential entity in Palestine banned travel from most African countries, with the exception of those in North Africa. Hong Kong, Singapore, Malaysia, the Philippines and Japan have also imposed a range of restrictions and quarantine requirements for travelers from the region.

News of the new mutation sent global stock markets lower on Friday, as investor fears about the alternative led to a massive sell-off in global markets on Friday. The Dow was down 800 points at the open in the US, while markets in Europe, Japan and Hong Kong all fell a few percentage points as well.