What is the probability that the tropical turmoil in the Arabian Sea will develop into a hurricane? 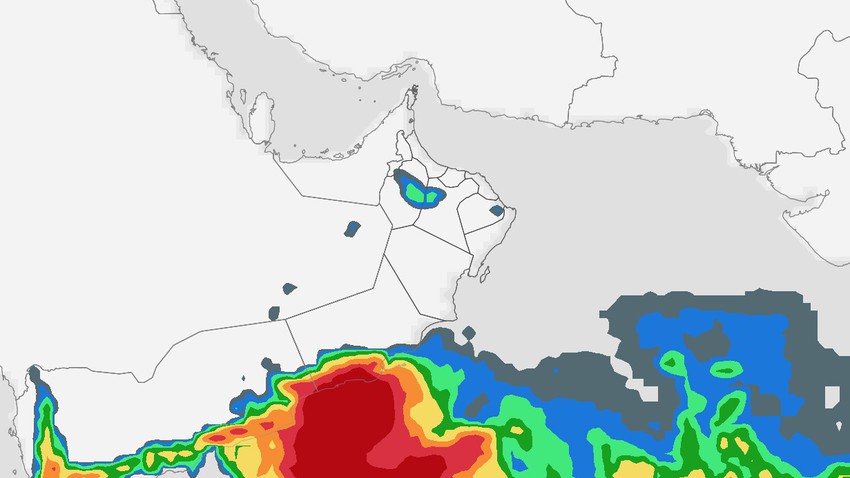 The weather of the Arabs - The beginnings of turbulence and tropical depressions in the Arabian Sea, and even hurricanes, are always a state of air instability that arises over the waters of the Arabian Sea and then gradually develop according to climatic and weather conditions to tropical depressions or hurricanes, so what will the weather conditions lead to? The current orbital turbulence that is currently present in the West Arabian Sea.

The map above represents the distribution and intensity of the shear winds present in the high atmosphere, as it shows that weak shear winds are present in a narrow range of the coasts of southern Arabia, and thus the opportunity for tropical turbulence to develop into a weak or almost non-existent hurricane, especially as one of the conditions for the formation of hurricanes in any region of the world is The absence or weakness of the shear winds, which usually prevent the vertical construction of the cumulus clouds associated with orbital states.

However, despite the presence of shear winds, the temperature of the Arabian Sea waters is appropriate for the development of any state of air instability over hot water, and therefore, despite the weak chance of developing turbulence to a hurricane, the opportunity to develop into an orbital depression is high during the next two days.