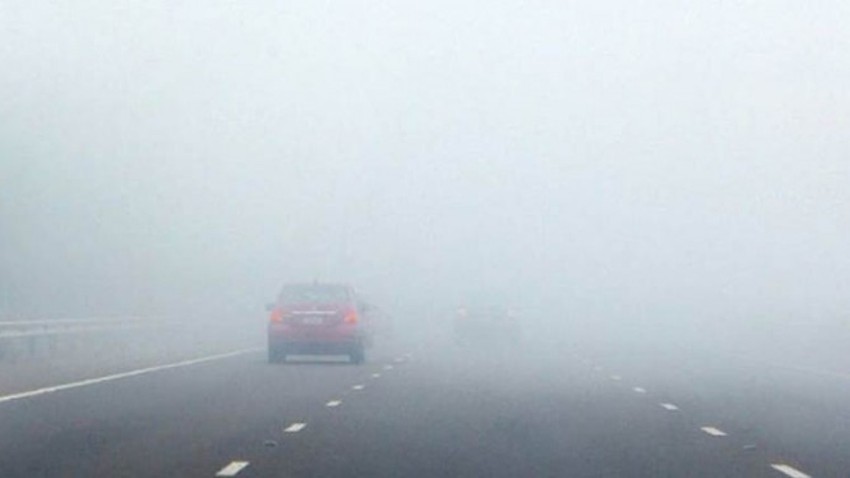 Arab weather - Fog is a weather phenomenon that results from the difference in temperatures, calm winds and a high level of humidity in the air. Although Saudi Arabia is characterized by hot weather, many cities witness the formation of dense fog at some times of the year, especially in the early morning . The reasons for the formation of this fog?

How is fog formed in Saudi Arabia?

During the day, the sun heats the surface of the earth, so the air near it heats up and so we feel the heat of the day, but at night and after the sun is gone, the earth gradually loses the heat it gained from the sun during the daylight hours, until the temperature reaches its lowest value in the early morning after sunrise Within minutes, when the temperature drops and the air near the ground cools, the water vapor in it condenses into small liquid water droplets that remain suspended in the air, and appear in the form of fog , and this is what is called radioactive fog , which is common in Saudi Arabia.

There is another type of fog that may form in Saudi Arabia, which is transmitted fog , as the transmitted fog is usually formed over the cold sea, while crossing warm and humid air currents, so this air loses its heat and cools, so the water vapor condenses over the sea and moves towards land in the form of fog .

Factors contributing to the formation of fog in Saudi Arabia

When does this fog usually disappear?

As soon as the sun rises, the air warms up again, and the fog slowly disappears, as the tiny water droplets evaporate back as water vapor. Wind movement can cause fog to dissipate.