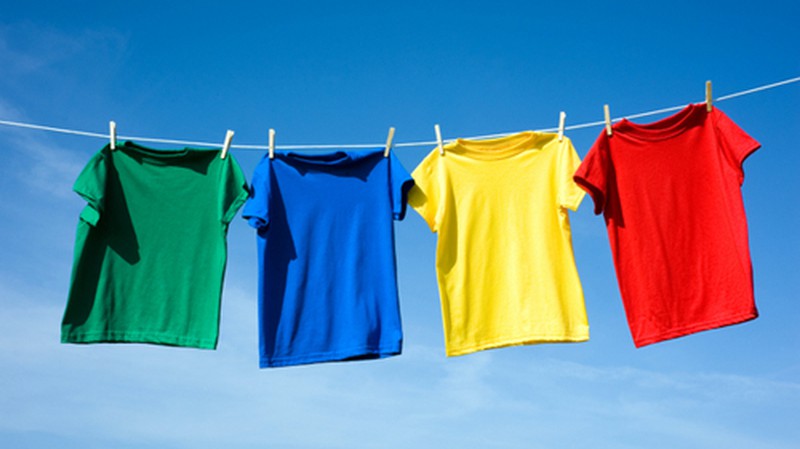 Arab Weather - The color of the clothes may be more important than its length or the material it is made of when it comes to absorbing heat on sunny days, a white shirt with long sleeves may make you feel cold more than a black shirt with short sleeves, all due to the color, so what is the relationship of colors to absorb heat Or the light?

The relationship of colors to light

Light is known as a type of electromagnetic radiation that travels from the source in waves. Although we see sunlight with a single color, it consists of a wide range of wavelengths and colors that vary according to the frequency of the waves, and some of these wavelengths fall within the range visible to the human eye, and some are invisible.

The relationship of light and heat

Even objects that reflect all colors, they still absorb some wavelengths of radiation, and infrared radiation is the longest of these wavelengths, but it is not visible to the human eye, except that the person feels it in the form of heat, and because the absorbed light turns into thermal energy, so we feel with Dark colors are hotter when we're exposed to sunlight, but what about other colors? 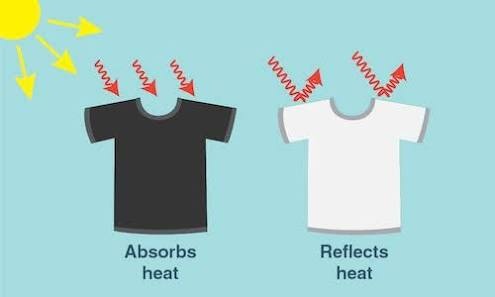 The relationship of other colors to heat absorption

Far from black and white, colored objects attract heat based on the number of wavelengths that they reflect from visible light, as higher-frequency wavelengths produce darker colors, which leads to absorbing more heat. Red bodies are the lowest temperature after white bodies, followed by orange-yellow-green-blue-indigo, then violet, which attracts the most heat from any visible color - other than black. 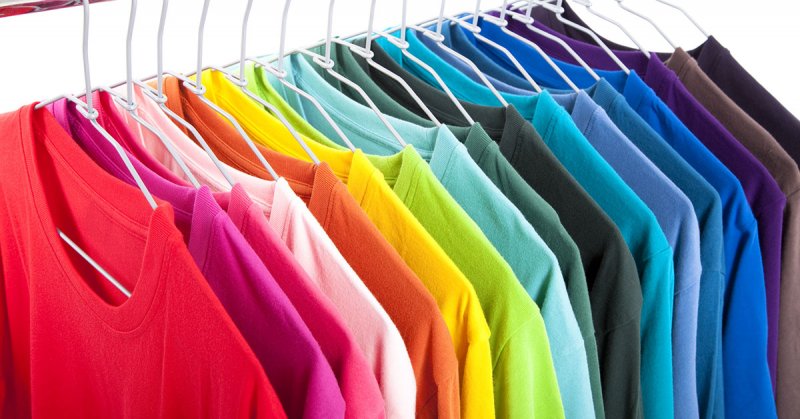 Choose clothing colors depending on the temperature of the weather

When choosing clothing colors during hot summer or cold winters, keep this basic rule in mind; White, red, and yellow are best for the warmer months, when you want to avoid attracting more heat.

In the colder months, it is better to choose colors like blue - violet - black if you want to trap as much heat as possible, and it is now clear that you are not supposed to wear white on cold days. Taking into account the color tones, darker shades of blue, for example, absorb more heat than the lighter ones.

When will the start of the first days of Ramadan 1443-2022 be an astronomer in all Arab countries?