What is the secret of the sudden end of winter and the rise in temperature to 30 degrees Celsius? 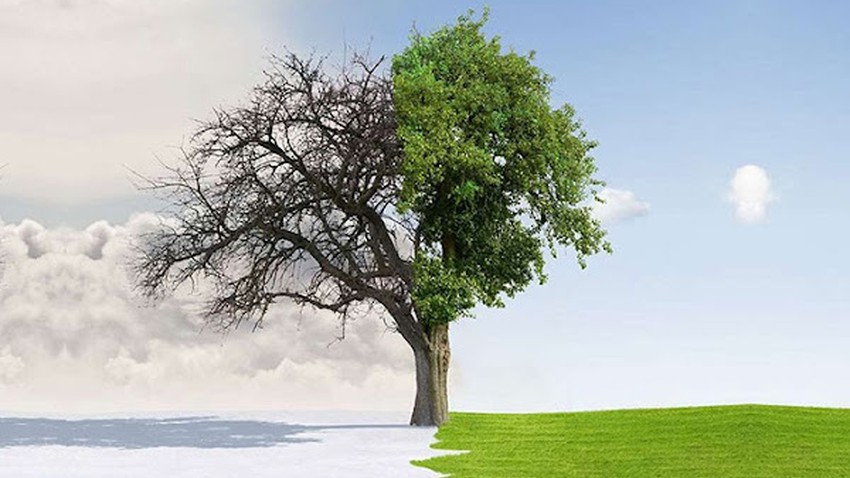 Arab weather - m. Nasser Haddad - The eastern Mediterranean and the Levant, including the Kingdom, lived from the beginning of the square until the end of March, cold to very cold winter conditions, interspersed with many rainy days with repeated snow showers, one of which was in the form of a comprehensive snow at the end of January, praise be to God.

However, as we approach the month of April, the weather has rapidly changed and temperatures have risen to reach three-thirty levels in different areas, including neighborhoods of the capital, Amman. What is the secret of these rapid changes?

Learn about the weather patterns that prevailed in winter this year

An area of low atmospheric pressure dominated parts of the island of Greenland, northeastern Europe and western Russia, while semi-permanent air heights prevailed over large areas from the central Mediterranean to wide parts of southern, central and western Europe.

This led to a continuous rush of cold air towards the eastern Mediterranean, and depressions were formed (of varying severity) from late December 2021 until late March 2022.

What caused the sudden turn and the end of winter in this way?

The first main reason, after God’s will, is the rise in atmospheric pressure values in the North Pole and the North Atlantic, which shifted the path of cold air masses and changed the rudder of the rush from the east of the European continent and the Levant, to the pressure areas, that is, the middle and south of the European continent and the middle of the Mediterranean Sea average,

This resulted in the construction of a zone of atmospheric pressure in all layers of the atmosphere (the subtropical atmospheric height) and an extension across Africa and the deserts of the Arabian Peninsula, towards the Levant, including the Kingdom.

There are indirect causes that prevailed in the great oceans and the atmosphere, including the La Niña phenomenon that prevailed from the fall of 2021 until the time of preparing this report, as it affects in varying proportions and indirectly on weather conditions around the world, as it plays a role in the distribution of rain, especially in tropical and subtropical regions. They also affect the hurricane season in the Atlantic and Pacific Oceans alike, and are positively correlated with surface water temperatures in the Arabian Sea and the northern Indian Ocean.

The surface temperatures of the North Atlantic Ocean continued to be higher than the general averages, and this also plays an indirect role in the distribution of rain in the Arab world in the long run. The Levant is negatively affected by this.

These climatic phenomena usually play a negative role (on the performance of the entire season) for the Arab East, including Jordan, where long periods of interruption of rain prevail, interspersed with a shorter period (cold and rainy). As happened in some past years similar to that year.

Learn about the rain performance in the Kingdom so far

Despite the excellent performance of the rainy season in the central regions this year, many other regions from the north, east and south of the Kingdom have not achieved the general annual rate, and the season's performance to date is still less/weaker than usual. This is due to many reasons, including the dryness of last autumn, and the failure of the northern regions to benefit perfectly from the cold air depressions, as well as the small number of cases of atmospheric instability and the lack of good response of the Red Sea depression, a negative role in the weak rains throughout the Badia and southern regions of the Kingdom. .

An overview of the upcoming period

The maps and long-term forecasts for the current month indicate that the La Niña phenomena and the negative Indian bipolar coefficient will remain present, in addition to the continuation of the subtropical atmospheric high most of the time to affect the eastern Mediterranean, Turkey, the Levant and northern Arabia, and this leads to the continuation of hotter than usual weather, And the avoidance of comprehensive rainy cases, including weak atmospheric instability and the extension of the Red Sea depression.