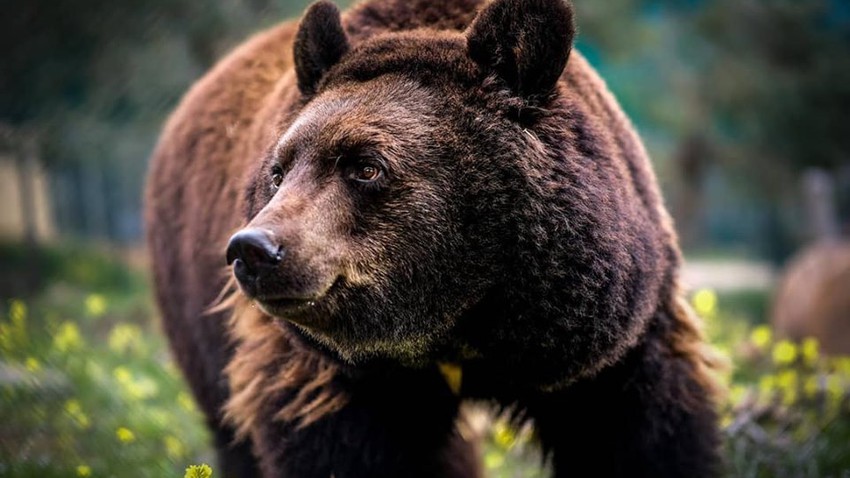 Arab weather - Alma'wa for Nature and Wildlife is the first of its kind in the Middle East and North Africa dedicated to housing wild animals that are rescued from war zones, smuggled across borders, or exposed to abuse in zoos. You undergo treatment and rehabilitation in an environment that mimics the mother's natural environment.

Among these animals are the bear "Loz" and his sister "Sukar" , two of the black bears of Asian origin, who joined the shelter reserve in 2017, after they were rescued with a group of wild animals that arrived at the reserve, where they were exhausted by war conditions at the "Magic World" zoo in the city of Aleppo, Syria, when they are 8 years old.

The following video takes you on an introductory tour of the reserve:

The objective of establishing the shelter reserve

Al-Mawa’a Reserve was established in 2011 in the Al-Hamr area of the capital, Amman, as a partnership between the Princess Alia Al-Hussein Foundation and the Austrian “Four Paws” organization, before the Souf area in Jabal Al-Manara in Jerash Governorate was adopted as an official site for the reserve, which is about 46 km away from Amman. On an area of 1100 acres. It opened its doors to the public in late 2018.

The reserve was established to protect the biological site originally, and it is one of the last remaining forests of this density in the country, and was later adopted as a shelter for various animals.

Animal stories in the shelter reserve

The rehabilitation process for predators before they are released into the reserve goes through difficult and long stages, as happened with the lion “Sultan” accompanied by his wife the lioness Sabreen, who were rescued from Gaza City in 2014 after suffering from a very bad condition, during which “Sultan” tore the electric wires of tourists Several times, before his condition stabilized.

The animals of the reserve are subject to special protocols, as some of them are merged to live within a tribe, such as lions according to differences in age, gender, health status, and behavior.

Among the animals that were also rehabilitated, the bear "Lola", which was presented from the Mosul Zoo in 2018, and the bear "Baloo", which was one of the first animals in the reserve in 2011 AD, which was sheltered after suffering from isolation, introversion and neglect. There are also sibling bears. "Aisu, Hadi, and Brave" that combined with the shelter and blended in well with the place.

The visitor cannot leave the shelter, before he gets to know two Bengal tigers "Sky and her sister Tash" who were rescued in 2013 during a smuggling operation across the Jordanian-Saudi border, and they were 3 months old, after they were caught in the trunk of the car in a tragic condition, and they live in peace today.

The reserve opens its doors to visitors for visitors to walk around it, accompanied by guides, to prevent any attempts to provoke or feed the animals. The reserve includes several new facilities and programs, making it an important destination for eco-tourism in northern Jordan. Hotel rooms are allocated with environmental specifications and production projects from the local community in Jerash, such as the "Khairat Sof House".