What is the `watering lily` plant and what is its relationship to the next rainy season? 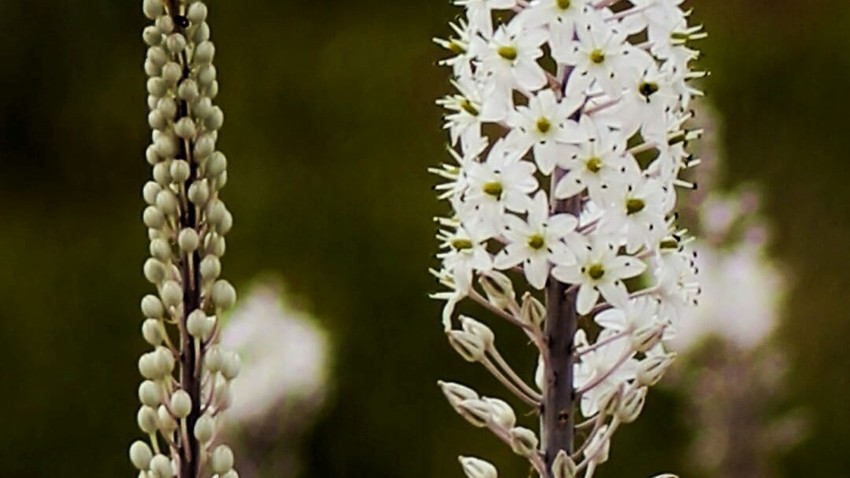 Weather of Arabia - the "irrigation lily" plant, which is also called "autumn lily", "Al-Awslan" or "Al-Aslan", is a wild plant that abounds in the wastelands of the Levant, and it is the last flower of the summer and the first flowers of the autumn season, and its appearance indicates the end of Drought and the onset of the fall season are popular.

Its early appearance and its abundance among farmers also indicates an early and good rainy season, as it appears with the onset of high humidity in the air.

This flower is of great importance in providing an important meal of pollen for insects, the most important of which is bees; In these times, it is not possible for the bees to have food, so they collect pollen, as it is a necessary food source for them to pass the long winter season.

The plant "Irrigation lily" or "the solanaceous" (its scientific name is Latin "Tall Asphodel") is distinguished by its shape, as the plant is about half a meter long, and from it comes a one meter long stick bearing white flowers.

It is noteworthy that the Aislan plant is usually seen in Jordan in the Barqash area in the Koura District in the north of the country, which usually blooms in the month of September, and may bloom rarely sometimes before its due date.

Learn more about watering hyacinths through this video: