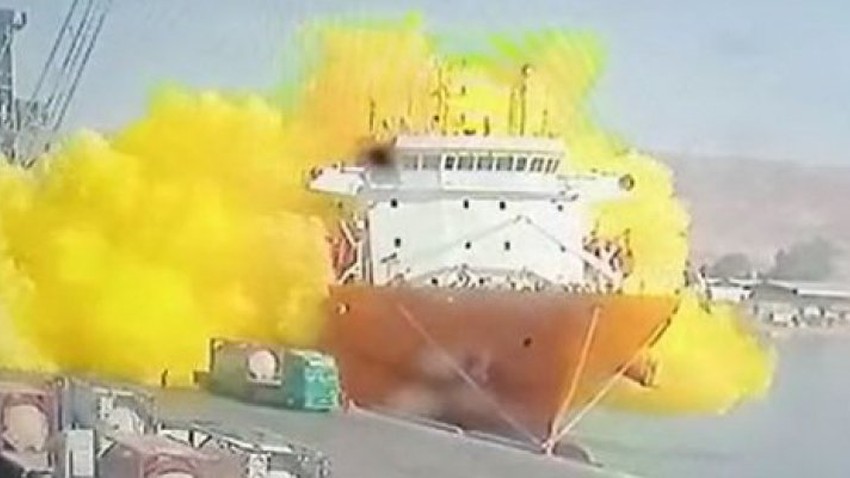 Arab Weather - Yellow gas is known as chlorine gas, which is a poisonous and deadly gas if it is inhaled in certain concentrations. Promotes explosion of other materials.

Despite the toxicity of this gas, man has been able to adapt it, and make it useful and has multiple and varied uses, including:

Risks of exposure to chlorine gas

Chlorine gas seriously affects the breathing of living organisms; It is able to react with the water of the lungs to form toxic hydrochloric acid, which destroys the cells and tissues of the lungs, causing death.

When gas is inhaled, symptoms of irritation appear on the mucous membranes quickly, despite the presence of delayed effects on the lungs, and the severity of the effects upon exposure depends on the concentration and duration of exposure, and the main manifestations include the following:

Effects on the eyes:

Effects on the skin:

Skin injury occurs after exposure to condensed gas or from getting too close to the liquefied gas release site under pressure, and freezing of the fingers can occur if the compressed gas is touched.

Effect of gas leakage on the environment:

Chlorine gas decomposes in water, and it may cause harm to aquatic organisms if it is in high concentrations, but if a limited amount of it leaks into the sea, the effect is limited on the living things in the place of the leak.

Its decomposition and diffusion in the air is rapid, and can be easily disinfected from soil and surfaces, so it probably does not cause a long-term environmental problem at the site of the leak.

Procedures for dealing with the injured

Read also: Revealing the details of what happened the moment the gas tank fell in the port of Aqaba

Watch the video: The moment the tank fell and toxic gas leaked in the port of Aqaba