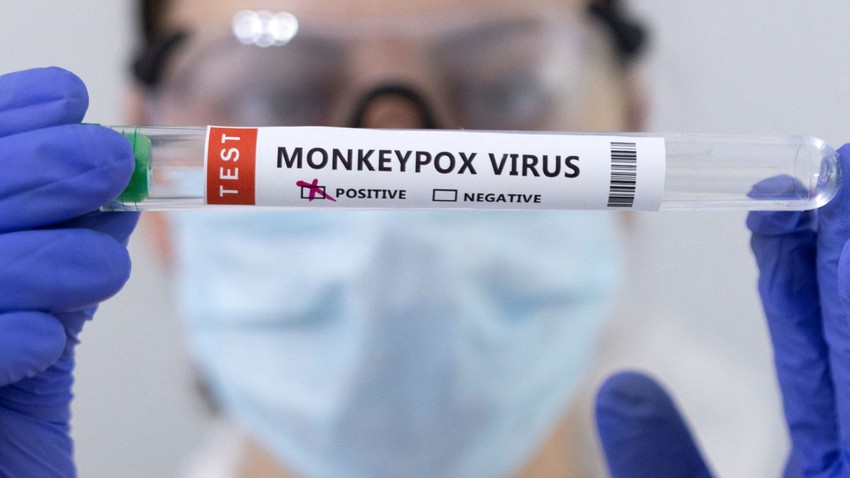 Weather of Arabia - The World Health Organization announced, yesterday, Saturday, that the outbreak of monkeypox in the world represents a public health emergency of international concern , thus launching the highest level of preparedness, in an attempt to contain the outbreak of the disease.

The Director-General of the organization, which is affiliated with the United Nations, Tedros Ghebreyesus, said that declaring a state of emergency will help accelerate the development of vaccines and implement measures to limit the spread of the virus.

It also raises the alarm that there is a need for a coordinated international response, which opens the door to the possibility of launching a funding campaign and for concerted global efforts and cooperation in the exchange of vaccines and treatments to confront this disease.

It should be noted that this declaration by the World Health Organization of a health emergency does not mean a closure or restrictions on travel - but rather puts governments on alert, and encourages increased production of treatments and vaccines, which are currently in short supply.

Monkeypox outbreaks in 74 countries so far, including Arab countries

Countries around the world have repeatedly announced confirmed cases of monkeypox since the first case was reported this year on May 7 outside countries where the disease usually spreads, what was considered a rare and unusual outbreak of the disease, and there are now more than 16,000 cases reported from 74 countries and territories, and five deaths .

The WHO assessment indicates that the global risk of monkeypox is moderate in all regions, with the exception of European regions, where we assess the risk as high .

You may also be interested in: Arab countries that have announced cases of "monkeypox"

Monkeypox is a viral infection that occurs primarily in central and western Africa, and the monkeypox virus was first discovered in 1958, and the first human case was reported in Africa in 1970, and this is not the first time that the virus has spread outside Africa, and usually People with monkeypox have symptoms that include fever, a chickenpox-like rash, swollen lymph nodes, and other health complications.

Monkeypox is transmitted to humans through close contact with an infected person or animal, or with a substance contaminated with the virus, but it is less prevalent than other infectious diseases, including corona and seasonal influenza.