Why are hurricanes and storms named after people? 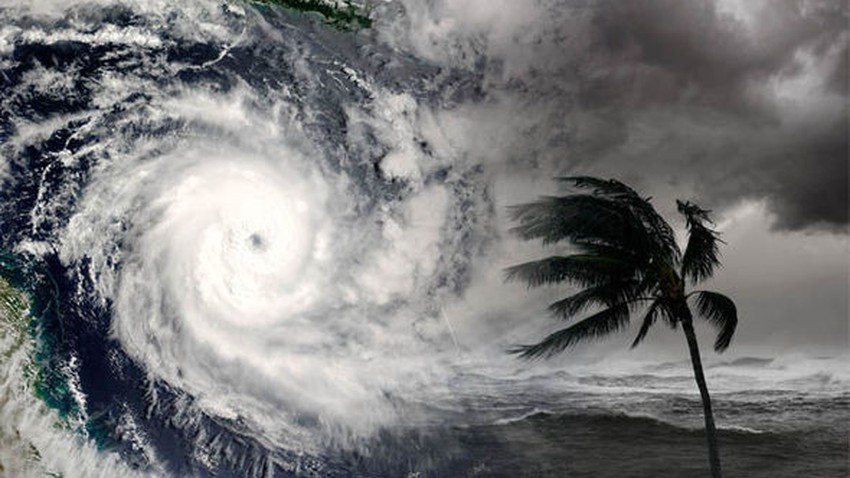 Arab weather - Before meteorologists and scientists decided to name hurricanes after people, they were given different names, in order to avoid confusion and confusion that people might fall into, especially in some areas where tropical cyclones abound, but why are these names chosen for hurricanes? Why are they called after people (especially female names)?

Why are hurricanes and storms named?

The practice of naming storms and tropical cyclones began many years ago to aid rapid identification of storms in warning messages, assuming that names are much easier to remember than numbers and technical terms. It enhances preparedness of local communities.

Experience has shown that the use of short and distinctive names in oral and written messages is faster and reduces the chances of error compared to complex identification methods. These advantages are especially evident in the context of exchanging detailed information about storms between hundreds of coastal stations, bases and ships at sea scattered in scattered parts of the world.

When did the storm get a name?

Tropical storms are given names when they move in a circular pattern with winds up to 63 km/h, and a tropical storm develops into a hurricane when winds reach 119 km/h.

Hurricanes were formerly called either:

Name hurricanes and storms after people

During the Second World War, meteorologists began naming hurricanes the names of their wives and daughters, and if the storms intensified, they were called by the names of hated people, hence this tradition. The names were very resonant and unforgettable, but at this stage the naming was random.

And in 1950 they decided to abandon this idea, after they developed an entire naming system so that storms are called according to the phonetic alphabet, such as "Able, Baker and Charlie", and the names used are the same for each hurricane season, in other words, the first hurricane of the season was always called "Able". ”, the second “Baker”, etc.

This system lasted for 3 years, and in 1953 it was recognized as complex, as the population had already become accustomed to female names and refused to accept innovations. To avoid frequent use of names, the system was revised so that storms were given female names, and the first storm to receive a female name was Storm Tropical "Alice" .

Since the end of 1978 the system has been revised again to include alternating male and female hurricane names, with the first storm bearing a male name, Hurricane Bob, which hit the Gulf Coast of the United States in 1979.

How are the names of storms and hurricanes chosen?

The naming rules differ from one region to another around the world, where the World Meteorological Organization divides the rules for naming tropical cyclones into 10 regions, each region has lists prepared in advance, for a specific period of time and in an agreed upon order of names, some regions where the names are according to Greek, and some alphabets According to the local names in circulation.

How are Atlantic hurricanes named?

Experts assign names to hurricanes according to an official list of names approved before the start of each hurricane season, and the World Meteorological Organization (WMO) issues a set of six lists for use each year in the Atlantic Ocean, with the list containing 21 names on the alphabet except for the letters "Q" U, X, Y, Z, and the West Coast gets hurricane names from six other different lists that include all letters of the alphabet except for "Q" and "U".

Once six years have passed, the naming begins again with the first list. For example, the first tropical storm in the Atlantic of 2019 was named "Andrea" , and this will be the name for the first hurricane in 2025 as well.

How are cyclones named in the countries of East Asia and the Arabian Sea?

The cyclones that form in the northern Indian Ocean are named by the Specialized Regional Center for Meteorology based in New Delhi - India on behalf of the member countries of the International Meteorological Organization for Asia and the Pacific. 65 Arabic names have been recorded in the list proposed by the group of Arab countries in the committee, namely: Sultanate of Oman, Saudi Arabia, Qatar, UAE, and Yemen.

To name tropical storms in the northern Indian Ocean region, the Sea of Oman or the Bay of Bengal, the name given in the table of names previously placed in the list by the committee is used in descending order from top to bottom. Each member of this committee is tasked with choosing a name for a storm, provided that the name is easy Pronunciation and not have any political, religious, ethnic or racial meaning, use or projection, then the full names are presented to the committee for consideration and approval, to be placed in the ready-to-use list in order.

When is the name of the hurricane excluded?

When the hurricane is exceptionally catastrophic, it would be inappropriate to rename it to another storm in the future, taking into account the feelings of the victims, so it is withdrawn from the list of hurricane names, and an alternative name is chosen during the meetings of the committees of the International Meteorological Organization.