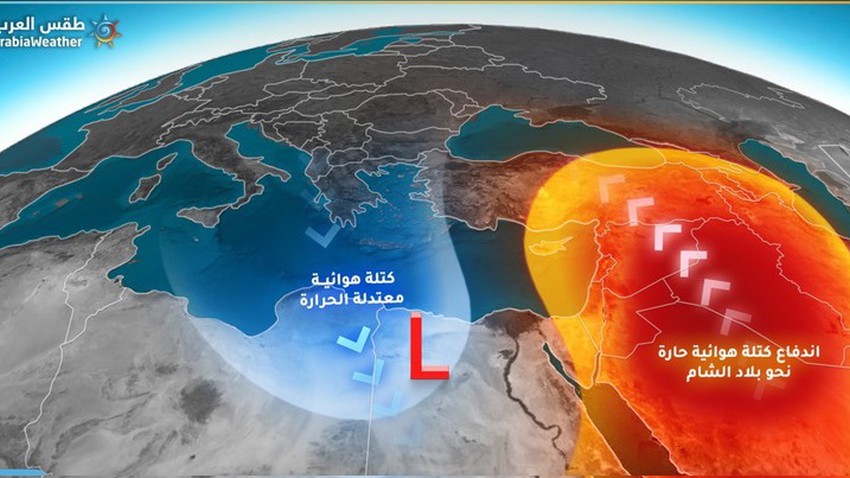 Weather of Arabia - The chances of the Levant being affected by free air masses and heat waves increase during the spring and autumn seasons compared to the summer season, due to the struggle of cold and warm masses in the Arabian Peninsula and the Mediterranean basin , and these seasons are transitional seasons during which the weather systems change significantly. .

The temperatures may rise dramatically on some days during this period, due to the dryness of the air, as the dry air temperature rises faster and easier than the moist air with the presence of an air high in the high layers of the atmosphere, but in the summer the humid westerly winds limit the chances of extreme temperatures, despite That the average monthly temperature in summer is higher compared to spring and autumn.

Dry air is less dense than moist air, and its weight is higher, which causes a shallow rise.

Jordan will witness the summer solstice tomorrow, announcing the beginning of the summer season in the country

Al-Baarih winds, between their weakness and intensity, affect many Arab Gulf countries and cause important changes in the weather.