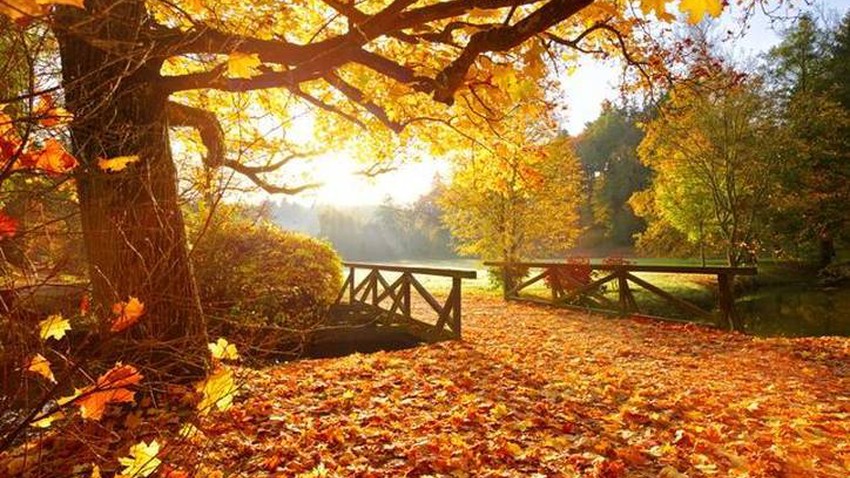 Weather of Arabia - The autumn season is most famous for the change in the colors of the leaves of trees and plants and the falling of some of them, as the earth is covered with a colorful autumn suit, and the trees are preparing to receive the cold weather, but why does the color of the leaves of the trees change in the fall? What happens inside a plant until it changes colors? How do you know the trees will enter the fall season so that they begin to transform?

The reason for the green color of the leaves of plants

The green color of tree leaves is due to chlorophyll, which is found inside the cells of all plants, and chlorophyll plays a key role in the photosynthesis process, as chlorophyll absorbs sunlight and gives the leaf the energy that it will use to produce simple sugars in the presence of carbon dioxide from the air, and water coming from soil through the roots.

These sugars are the basis of the plant’s food, and the only source of carbohydrates needed for growth and development. In the process of food manufacturing, chlorophyll is degraded, and thus it is constantly “consumed.” However, during the growing season, the plant replenishes chlorophyll so that the amount of green matter is high, and this is what happens Often during the spring and summer months, the leaves are shiny and green.

During the growing season, the green color of chlorophyll dominates and hides the colors of any other pigments that may be present in the leaf, so the leaves of trees appear in the summer in a distinctive green color. 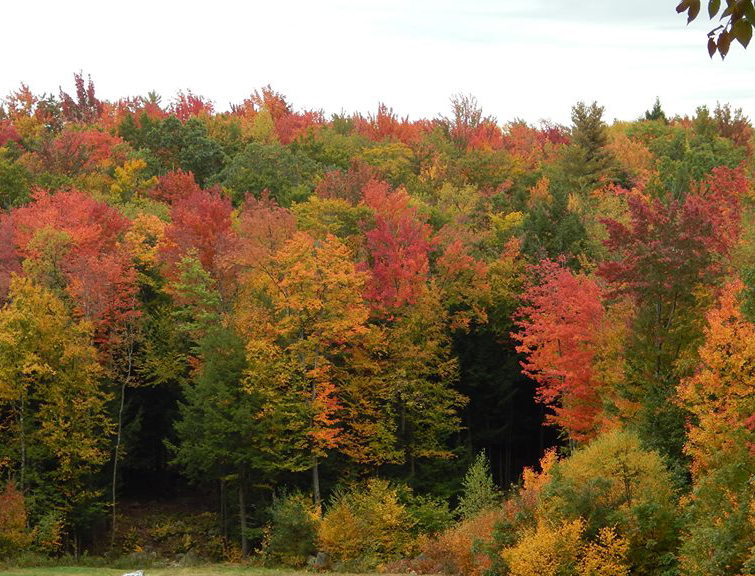 Autumn begins in the northern hemisphere after the autumnal equinox, which falls on September 22 or 23 of each year. During the fall, daylight hours shorten and temperatures drop. The veins that carry fluids in and out of the leaf are gradually closed, as a layer of special cork cells is formed at the base of each sheet.

With the development of this cork layer, the amount of water and minerals in the leaf decreases, the process starts slowly at first and then becomes faster, during this time, the amount of chlorophyll in the leaf begins to decrease, food production decreases and the plants begin to feed on the food they made in the summer, and when they collapse Chlorophyll decomposes, vegetables fade and other colors appear in the leaves, such as: yellow, orange and red.

The reason why the leaves of trees vary in color in autumn between yellow, red and purple

When the dominant green chlorophyll decomposes, other pigments appear in the leaves from yellow xanthophyll and orange beta-carotene. These pigments are present throughout the year.

As for the red autumn leaves and the shades of purple, they appear from a pigment called anthocyanin, which is not available throughout the year, but is produced in early autumn, and its composition depends on the breakdown of sugars in the presence of bright light with a low level of phosphate in the leaf, and the higher the brightness of the light during this period, Anthocyanin production increased and the resulting colors were brighter.

Phosphate has a vital role in breaking down the sugars produced by chlorophyll, so phosphate rises during the summer growing season, but in the fall, phosphate, along with other chemicals and nutrients, travels from the leaf to the stem of the plant to be stored there, and when this happens, the process of breaking down sugar changes , which leads to the production of anthocyanin pigments.

The red pigment "anthocyanin" is a protective antioxidant, which helps the tree to withstand harsh conditions during the fall and winter, but the leaves eventually turn yellow and fall off, and an example of trees whose leaves turn red is the red maple tree.