Will the effects of the dust wave reach Jeddah? .. Arab weather answers 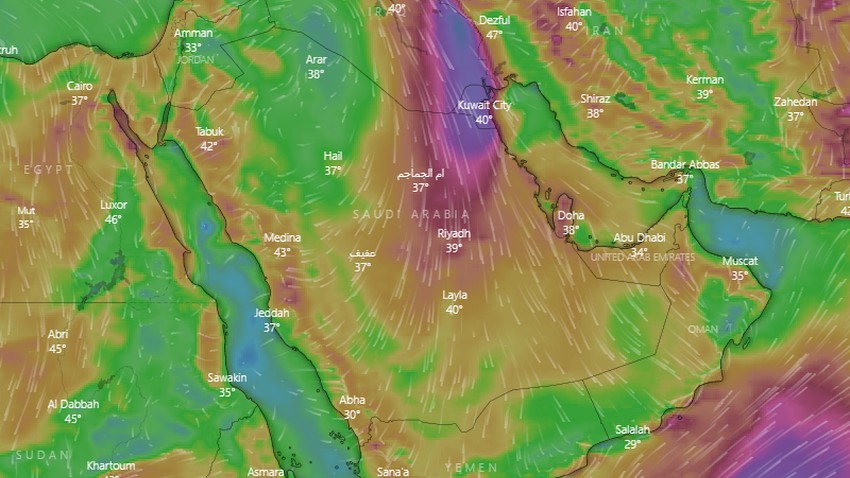 Arab Weather - Sinan Khalaf - Arab Weather received a lot of questions about the possibility of the city of Jeddah being affected by dust waves that are currently affecting some regions of the Kingdom, especially the eastern and central parts of it.

The latest outputs of the computer simulation systems for wind forecasts indicate that the city of Jeddah will be far from the effects of dust waves that have affected and are still affecting the eastern and central parts of the Kingdom.

Where the latest forecasts indicate that the remnants of dust waves will move towards the southern and southwestern parts of the Kingdom in the form of medium to light dust plankton, while blowing over the western city of Jeddah keeps the weather stable and prevents the arrival of dust remnants towards the city of Jeddah, and God knows best.