Will the Ministry of Education announce a holiday on Wednesday and Thursday due to snow? 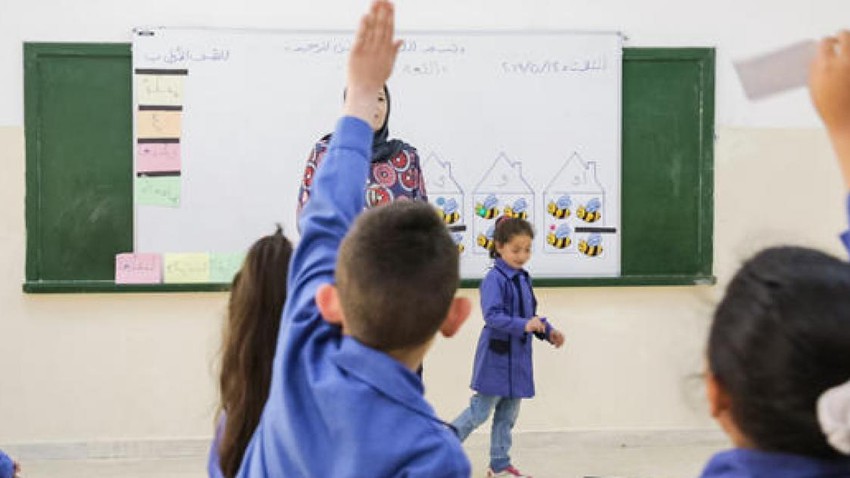 Arab Weather - The media spokesperson for the Ministry of Education, Abdul Ghafoor Al Qura'an, said that the Minister of Education, Dr. Tayseer Al-Nuaimi, will delegate the education directors in the governorates to decide whether or not to attend schools

For his part, a government source confirmed to Ruya that the government has not yet taken any decision regarding declaring a holiday in Jordan for the public and private sectors on Wednesday and Thursday due to the weather conditions that are expected to affect the kingdom.

In details, it is expected Tuesday that the Kingdom will be affected by the introduction of an atmospheric depression with low pressure values in its center, and this leads to clear activity on the southwest winds, which leads to dust in various regions of the Kingdom, and a storm in the Badia regions and external roads, with an expected decrease Vision before the rains

Al Khattab added that with the hours of Tuesday night the air depression moves east to center over the island of Cyprus, and the effect of the very cold air mass begins and the wind speed becomes more intense with strong gusts exceeding 60 km / hour in some areas, and rain falls in the western parts of the Kingdom. In the form of snow showers over the high mountain heights, especially the southern ones, which may accumulate to a limited extent

As the air mass deepens at dawn on Wednesday, the temperature drops significantly and sharply, as a very cold atmosphere prevails, and intermittent showers of rain fall in the western parts of the Kingdom, sometimes heavy, accompanied by lightning, thunder, and occasional hail, and showers of snow fall over the high mountain heights, with the continuing winds Southwestern, with active speed and strong gusts exceeding 80 km / h in some areas, which leads to dust, especially in the Badia regions and external roads.

Al Khattab stated that the period from midnight on Wednesday to Thursday noon is considered the peak of the impact of the weather, as the air front affects the coldest, so the precipitation is organized to include most regions of the Kingdom and the precipitation is sometimes heavy, accompanied by lightning, thunder and falling hail, with the possibility of torrents forming in the north and central of the Kingdom, as well as Snow falls on mountain heights that are more than 900 meters above sea level and may extend for a limited period to include mountain heights of more than 800 meters above sea level, which are expected to be accumulated unevenly according to the altitudes.

On Thursday afternoon, the weather begins to recede, with showers of rain remaining in most areas until Friday evening, and the weather is very cold in the mountain and desert heights, especially during the night hours

The Meteorological Department calls on the citizens to take caution and caution not to approach low-lying areas, places where torrents form and places where water collects, and to beware of slides and the danger of low horizontal visibility, and to follow updates on the weather on the Meteorological Department's website www.jmd.gov.jo Or on the social networking site FACEBOOK, or by calling the employee on duty at the Weather Forecast Directorate on 4916190 and also on 4916191, or via the JMDWEATHER smart phone app