Weather of Arabia - The countries bordering the Red Sea coasts are closely following the possibility of a leak from an oil tanker in the Bab al-Mandab Strait in Yemen, where this leak, if it occurs, will cause environmental pollution in the area of the leak and the fear that these chemical leaks will move across the sea to places further inside the Red Sea.

Because Jordan is a country with coastlines overlooking the Red Sea, it closely follows the path of any spill that might occur from the oil tanker to avoid an environmental disaster that may occur. 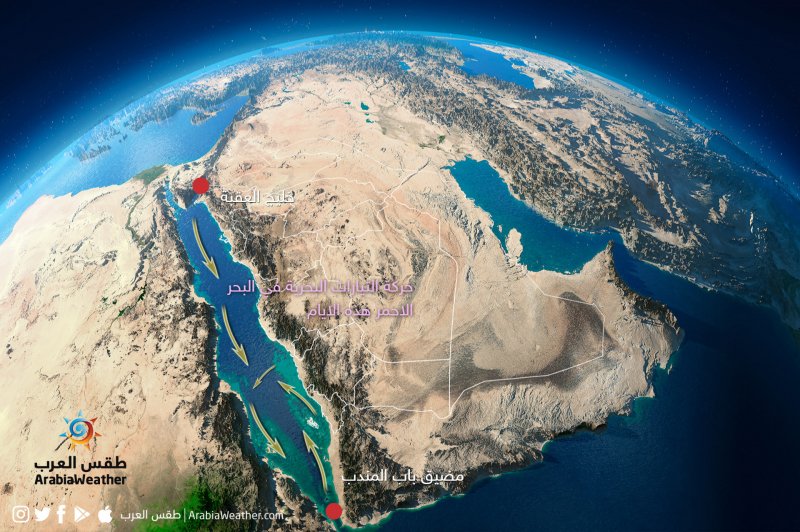 However, on the other hand, the movement of the sea currents in the south of the Red Sea is from the south to the north, and therefore there is a high chance that the leak will reach the south of the coast of Jeddah before it is confronted by the northwest winds and prevents it from going deeper to the north