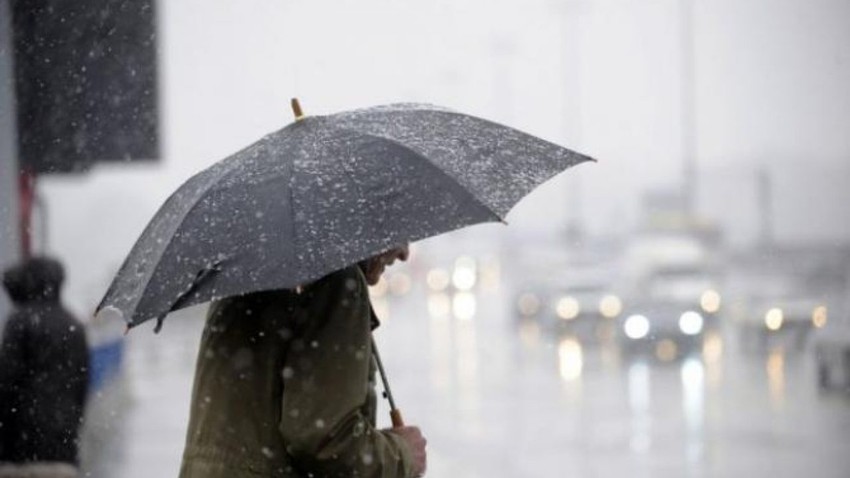 Weather of Arabia - Air pressure rises in many regions of the European continent and North Africa. As a result, a cold and humid air mass succeeds in reaching from the Greek islands, towards the eastern Mediterranean basin. As a result, an air depression is established, which is based in western Syria.

The temperature decrease is gradually and significantly accelerating from Thursday evening to Saturday, in the Levant and the "Kurdistan" of Iraq, and later, and in a small way, towards the Iraqi interior.

And thunder showers of rain fall in wide areas of the Levant and Iraq "Kurdistan". Where it is abundant at intervals with warnings about the formation and flow of torrents in valleys and low areas. Some rains extend, in a small way, towards the Iraqi interior, specifically in the north and west.

Also, snow is expected to fall over the high Lebanese and Syrian highlands, which are more than 1,800 meters above sea level, and perhaps without that for minor periods.

And accompany this low air, blowing winds active winds in the mountains and the "desert of the Levant" up to the west of Iraq, and thus stir dust and dust and the occurrence of a decline in the range of horizontal visibility.

This depression may bring significant amounts of rain towards many areas in western and northern Syria, Lebanon and northern Palestine, and "Kurdistan" Iraq exceeds the 50 millimeter barrier.

The air efficiency is clearly declining from the Levant on Sunday, with its continuation in limited areas of the heights of Lebanon and Syria, as well as the "Kurdistan" of Iraq, while the temperature at that time in the Iraqi interior drops to twenty levels.

Your atmosphere | Broadcast from Home: Predictions for March 2021 in Jordan