With graph .. See the best chance of rain in Kuwait during the expected rainy situation 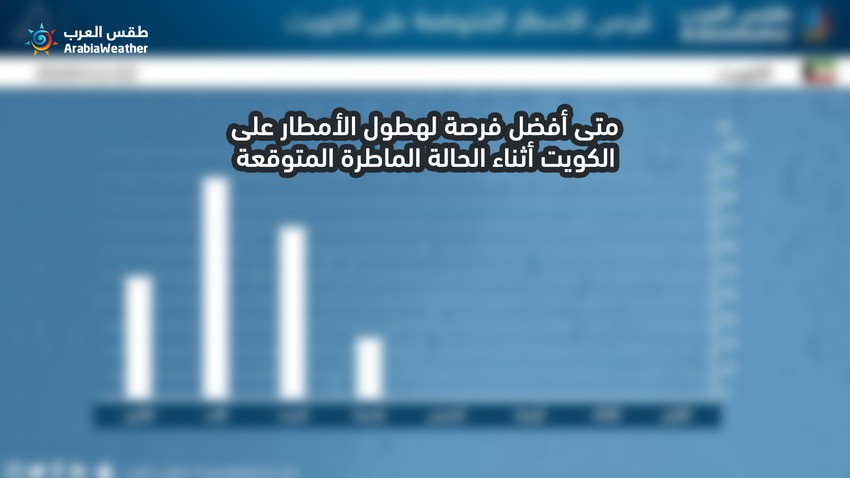 Arab Weather - It is expected that large areas of the Arabian Peninsula will be affected by a rainy situation by the end of this week, and it initially includes all of the western parts of Saudi Arabia and Yemen, then it will expand during the weekend and the beginning of next week to include the regions of central and eastern Saudi Arabia, Kuwait and the rest of the Arab Gulf states with varying intensity .

Graph ... Chances of precipitation over the capital, Kuwait

With the end of the week, specifically from Wednesday, a state of atmospheric instability begins to develop over the waters of the Red Sea, and the chances of exposure of the entire western region of Saudi Arabia and the coasts of the Red Sea to thunder clouds increase on Thursday, before the rains intensify and the effect of thunderclouds expands on Saturday and Sunday to include most Regions of Kuwait.

Following is a graph of the percentage chance of rain in the capital, Kuwait, during the current week: