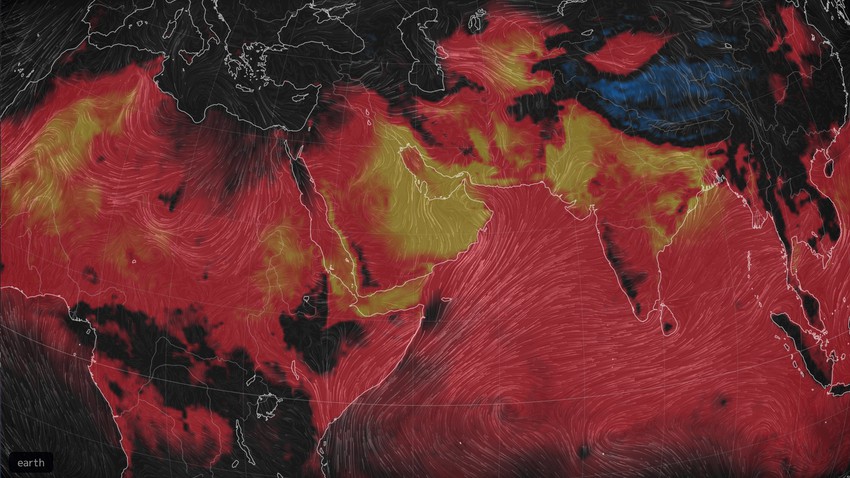 Weather of Arabia - An unusually severe heat wave hit the Middle East region at this time of the year, after which many regions recorded record numbers of high temperatures.

How important is that!

Although these extreme weather events have their roots in different weather systems, human-caused climate change is increasing the potential and exacerbating the strength of extreme heat events worldwide.

In the United States, temperatures first rose across the dry areas of the west in late May, exacerbating the drought and fueling wildfires in Arizona, then the areas affected by the warming expanded into the Midwest and Northeast, breaking records. standard.

In conjunction with the heat wave in the United States, regions in the Middle East and South Asia were affected by an early severe heat wave, which pushed temperatures to rise above 50 degrees Celsius in at least five countries: Oman, the United Arab Emirates, Kuwait, Iran and Pakistan, which usually witness The highest temperatures are in July.

On Saturday (5) June in the Sweihan region, located about 70 miles outside Abu Dhabi in the United Arab Emirates, temperatures reached 51.8 degrees Celsius, smashing the previous record for the month of June.

While Jahra in Kuwait, on the Persian Gulf, recorded 123.6 degrees.

Al-Sunaina, an inland desert town in northern Oman, recorded a high of 122.2 degrees. Sibi in central Pakistan has done the same.

Weather historian Maximiliano Herrera described the heat in the Middle East and Central Asia (record temperatures were also set in Tajikistan, Turkmenistan and Uzbekistan) as "the strongest heat wave in history at this time of year".

Studies show that climate change could lead to a virtually uninhabitable Middle East for several months of the year by the middle of this century. Indeed, temperatures have teased at such extreme levels, reaching 129 degrees Fahrenheit in Kuwait and Iraq in 2016, for example.

Al-Shaker on Al-Jazeera: Details of the effects of the rare climatic condition in the Arabian Peninsula on the Middle East