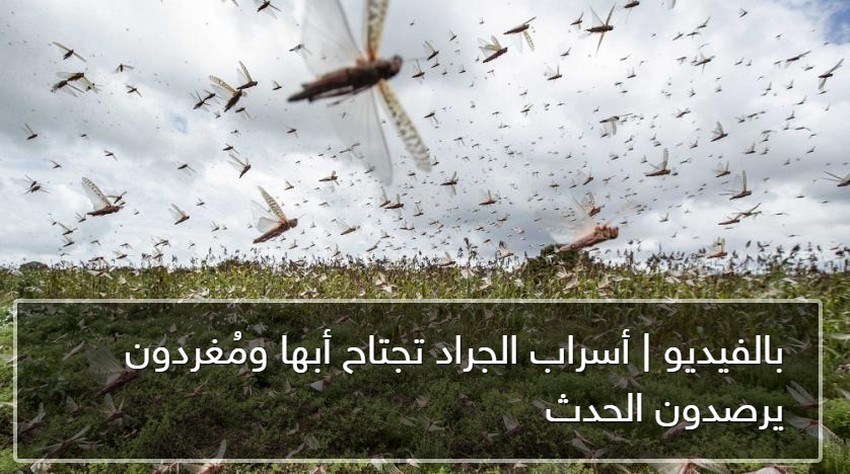 Weather of Arabia - Citizens in the Kingdom of Saudi Arabia detected desert locust swarms stationed near Abha in the Asir region, along the mountains to the east and west.

The reports of the Ministry of Environment, Water and Agriculture recently revealed the formation of 40 field teams to address the Desert Locust, which began to spread in a number of areas

The Ministry expected that locusts will appear in a number of regions, namely, south of Riyadh (Wadi Al-Dawasir, Al-Salil, and Al-Aflaj), southeast of Asir (Ahad Rufaida, Sarat Ubaidah, Wadi Bin Hashbel, Tathleeth, Bisha, Tareeb, Al-Khanka, and its affiliated centers), the governorates of Najran and the Eastern Desert Including it, and the eastern Taif heights in the Makkah region. "