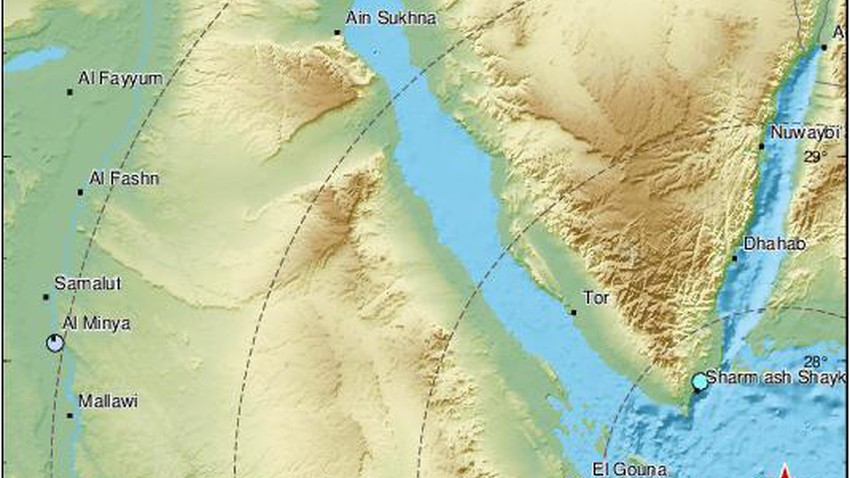 Arab Weather - Egyptian earthquake observatories recorded a tremor measuring 5.3 on the Richter scale, near the Egyptian city of Sharm el-Sheikh, inside the waters of the Red Sea. The residents of the surrounding areas, including parts of Cairo, felt that no losses were reported.

It is noteworthy that the regions of the eastern basin of the Mediterranean and the Red Sea basin have been subject to seismic activity for nearly 3 months if seismic stations recorded many earthquakes, some of which were inside Jordanian, Syrian and Palestinian lands.