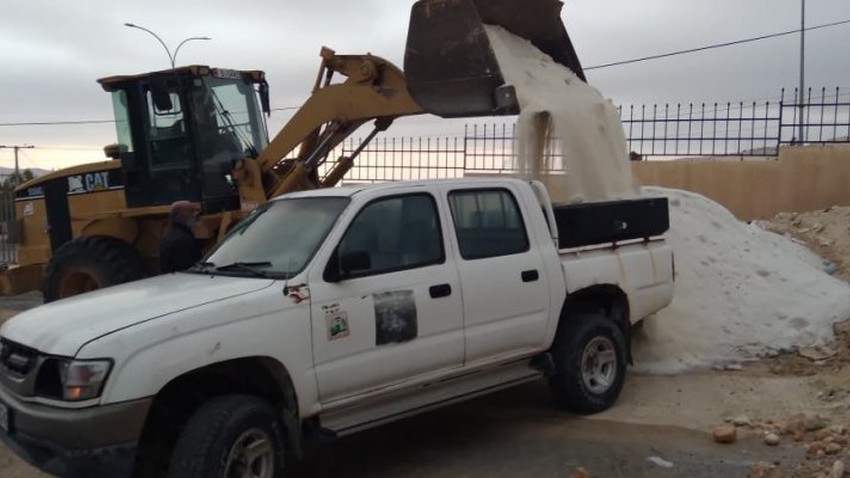 Weather of Arabia - The cadres of the Ministry of Public Works and Housing working in the field, today, Thursday, began work on spreading salt on the roads, which is expected to witness the formation of freezing; To ensure that no slips occur on the roads.

In a press release issued by its media unit, the ministry warned citizens traveling on external roads and roads within its jurisdiction of low horizontal visibility due to the formation of fog and heavy rain on some roads, and the possibility of freezing on other roads.

It called on citizens not to use vehicles except for the utmost necessity and to park them on roadsides during the current weather conditions; In order not to impede the work of the mechanisms and cadres working in the field to provide services to citizens and ensure their sustainability, I call upon the citizens to exercise the utmost caution and to stay away from the streams of torrents and valleys.