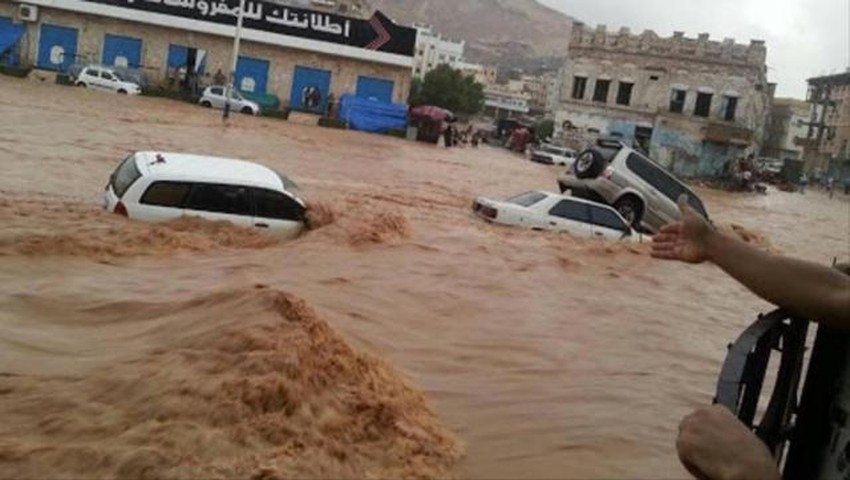 Yemen | 50 deaths and 5,400 families displaced due to floods

Arab Weather - During the previous days, floods caused the death of 50 people in Yemen and displaced thousands, adding to the risk of floods, the flooding of the historic Ma'rib Dam, for the first time in 34 years, and the collapse of another dam in Amran Governorate.

Several cities in Yemen witnessed floods and landslides; Among them is the capital, Sana'a, and the governorate of Ma'rib, in the east of the country, was the most affected by the water, after the dam flooded, and 17 deaths were recorded, including 8 children.

In the countryside of the capital, Sana'a, two women and a child died as a result of the collapse of a house in the Wadi Dhahr region, which is characterized by its old mud houses, and these homes are always subject to collapse in the event of heavy rain

Sudden collapse of the Butte Dam on the Blue Nile in Sudan, destroying more than 800 homes

Arab Meteorological Day 2020 under the theme `Climate and Community Safety`